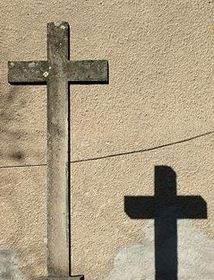 In the early hours of Sunday June 2, a tragedy visited a humble Cuban family. Luisa M. Isnaga Medinas, a young mother, and her daughter Idaisil Rivero Medina, age 12, died when their house collapsed in Trinidad.

The family lived at 460 Antonio Maceo Street between Rosario and Simon Bolivar, just two blocks from the tourist center where thousands of foreigners go to visit the World Heritage city, while the homes of the townspeople are in deplorable conditions.

The neighbors confirmed the numerous complaints made by the family to the People’s Power asking for help with repairs, because it was an old house with another on the second floor. Property repair inspectors were to do the assessment but it was not resolved. Instead they indicated that those who were living there living who had to do the repair because they had no resources to give them.

While all this was happening the regime installed an expensive and sophisticated system of video camera surveillance. In the face of the tragedy the locals wonder “why are they spending thousands of dollars to monitor the poor, while our houses are collapsing.”