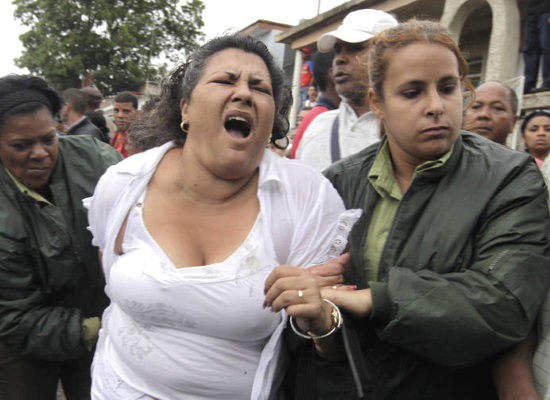 The regime has dedicated itself to sugarcoating the pill for organizations like the UN, UNESCO and UNICEF

Cubanet.org, Jose Hugo Fernandez, Havana, 23 June 2015 – Recently, during a conference at the University of Puerto Rico, I was astonished to hear how a teacher cited Cuba as such an example of Human Development for the Caribbean region and the whole continent. No political deliberation was evident in her statements. She simply appealed to statistics and reports by international institutions, apparently trusting completely in the reputation of the issuer, and without reference to other more vital sources for comparison. The thing is that it made me feel ashamed somehow of representing my country under circumstances in which perhaps I should have felt proud.

The cynical compromise, well structured and promptly placed in orbit, can become a historical fact. Machiavelli had it right, more than five centuries ago, so how much better will our chiefs, his gifted students, have learned it, even if they act much more savagely.

After shredding almost all basis for Human Development on our little island, this regime has dedicated itself, with cold and careful patience, to sugarcoating the pill for prestigious organizations like the UN, UNESCO and UNICEF (and, through them, the international academic sphere, particularly that of the European Union), in order to round off the massacre, making the civilized world believe that its dictatorship – ingrown and even wild in more than one respect – represents a revolutionary project of humanistic and emancipating character.

It will fall to historians and sociologists or anthropologists and maybe to the psychiatrists of the future to explain how, by what devices of insane policy or under what kind of deception, they managed to win the upper hand. But what is certain is that last year Cuba occupied 44th place among the world’s countries with the best Human Development indices, and it is among the best in the Caribbean. One does not know whether to laugh or to cry in the face of that piece of information, but so it appears in the most serious records, those which inevitably serve as reference as much for the naïve and dandruff-covered “experts” as for the clever accomplices.

Although it is more, it should be pointed out that, as conceived by the UN itself, the Human Development of each nation is measured, above all, by the chance the bulk of its inhabitants live a life that meets their expectations and that permits them to develop all their potential as human beings.

And so we have a country where the only dream of the young is to flee, even risking life, in search of material and spiritual growth. Or where old people constitute a burden that no one can tackle and that, therefore, moves no one, including the State. Or where citizens are excluded, harassed, jailed for their political ideas. Or where work has lost its function as the sustenance for family existence and the essence of national progress… That country now ranks as a paradigm of Human Development.

A couple of years ago, the vice minister of foreign relations for Cuba, Abelardo Moreno, blatantly lied in testimony before the Universal Periodic Review (EPU) of the United Nations Human Rights Council that his government has recognized in its laws the indivisibility and interdependence of all human, political, social and economic rights.

He also said, just like that, that the decrepit dictatorship that he was representing had submitted to the EPU “without discrimination, without double standards and without selectivity.”

The strange thing, I insist, is not that he would say it but that there and everywhere he was believed without it occurring to anyone to undertake onsite and in depth verification which, as we know, is fundamental for the most basic scientific conclusions.

In the end, it is not my purpose to bore my dear readers with more small talk about the same thing. So it is that I merely set forth some other parameters that are used as a guide for measuring the Human Development of a country:

Respect for human rights. A solid economy based on cutting edge technology to make it work. Civil society and autonomous and empowered democratic institutions. Equality between people, regardless of any prejudice. End of discrimination on the basis of sex, race, ethnic, class or religious origin. Freedom of thought and of expression. Elimination of fear of threats to personal security, arbitrary detention and other violent acts for political reasons. Elimination of misery. Freedom to develop and fully achieve the potential of each individual. Elimination of injustice and violations of the law by the state. Opportunities and guarantees of decent work without exploitation.

Those who take the trouble of weighing these parameters, they will tell me now if Cuba practices only one of them to sustain its Human Development trick. As for the rest, as Jesus Christ would say, he who wants to understand does understand.

Jose Hugo Fernandez is the author of, among other works, the novels The Clan of the Suicides, The Crimes of Aurika, The Butterflies Don’t Flutter on Saturdays and The Parabola of Belen with the Pastors, as well as two books of stories, The Island of the Black Blackbirds and I Who Was the Streetcar of Desire, and the book of articles Silhouette Against the Wall. He lives in Havana where he has worked as an independent journalist since 1993.