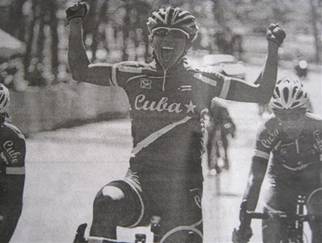 The odd relationship between bread and circuses has been with us since the days of the Roman Empire. When the former is in short supply, the latter is in abundance. Cuban government officials have been putting it to use for years, with a strong emphasis on the latter. Sporting events, among other diversions, have always served as a convenient circus. The recently concluded Veracruz 2014, also known as the XXII Central American and Caribbean Games, have been no exception.

A delegation of top athletes was assembled — one capable of obtaining the most gold medals — with the goal of placing ahead of all the other participating countries. No thought was given to allowing younger athletes to compete with a view to future sporting events more important than Veracruz 2014 — something that other countries took into account, by not sending their principal figures, saving them for higher-level events.

One notable case was Jamaica’s in track and field and athletics.  It also occurred with some team sports, such as football [soccer] and baseball, in which first-class players did not compete, except in the Cuban teams.

Also well-known is the case of the hammer-thrower Yipsi Moreno who, having already retired from the sport, was called and included in the delegation with the objective of ensuring one more gold medal. And it happened with baseball, for which the Cuban national championship games were delayed so that a team could be assembled that would flatten the competition and ensure a gold medal for Cuba.

It turns out that, for the majority of countries, including the host, Mexico, sports do not constitute a political necessity as they do in Cuba. To sports, therefore, these other countries do not dedicate as many economic resources as, comparatively, the Cuban government does.

It is good to remember that, for years now, our rulers have been obsessed with the idea that the country be seen as a leader in diverse spheres. For this they have tried to prepare and present Cuba as a major force in medicine, education, hydraulics, music, sports and others — in many cases producing more noise than results.

Strangely, never have they been concerned about the country being seen as a political or economic power.

This sick obsession makes our athletes compete under extreme pressure, because they take on — before rulers, political and popular organizations, the people and their families — an obligation to win the gold, given that the other medals are not as valued (although in the official propaganda, when the gold isn’t obtained, it is said that the silver and bronze shine just as brightly). Besides, they have to do it as though fulfilling a patriotic duty. In reality this is too much of a useless burden for a human being to bear. It could be that, among other economic and political reasons, this is also why so many athletes and sports figures decide not to return to Cuba and end up defecting.

Translated by Alicia Barraqué Ellison and others.