We thank Lamasiel Gutiérrez for his solidarity with Ángel Santiesteban-Prats; he has created a petition to collect signatures on the AVAAZ.org platform asking Amnesty International to declare him a prisoner of conscience, for as you know, he is serving a 5 year sentence for common crimes that they have failed to prove because he never committed them. 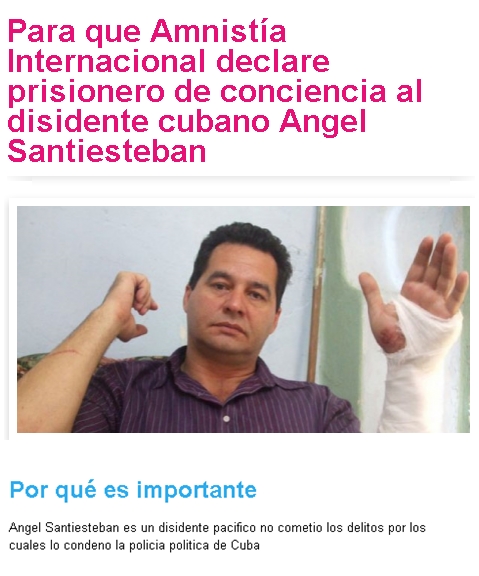 In this blog, available to all who care to consult it, is the complete legal file, where there is not only proof of Angel’s innocence, but where it is also demonstrated the fabrication of the case on the part of the Castro political police and the total dependence of judicial power on political power.

Our deepest gratitude to those who have already signed and to all those who want to sign and collaborate in getting more signatures in support.

To sign, please go to PETITION TO AMNESTY INTERNATIONAL.

Between everyone it is possible, in the same way that the freedom of Cuba is won with the efforts of everyone united in the same cause.