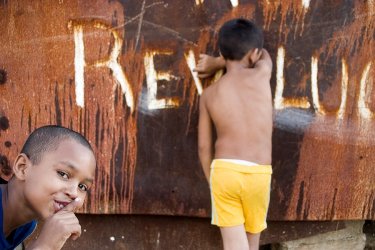 The official Cuban press insists on justifying a single-party system. Some of the arguments are based on the fact that Martí created a single party, how lack of unity led to revolutionary failures, how the very existence of the nation depends on preserving unity, and how a multiparty system would be co-opted by imperialism. The last time these arguments were presented, they were published in the Tribuna de la Habana newspaper on Sunday, August 15, under the headline “What is the Role of the PCC in Maintaining Revolutionary Unity?”

To expose this mishmash of half truths and absurdities, I will quote six paragraphs written by José Martí containing the core ideas that led him to found the Cuban Revolutionary Party (PRC, by its Spanish acronym).

The contents of the six quoted paragraphs demonstrate: that there were multiple causes of the revolutionaries’ failures, not just the divisions among them; that the function of the Party consists of leading the war out of which the Republic should be founded, with true and lasting liberty; that the Party should not work towards the present or future predominance of any particular class; that its strength is rooted in that the labor of all, bestows rights upon all; that a people is not the will of a single man, no matter how pure his will, but rather the composition of many wills; and that the end of war does not signify the triumph of one Cuban side against another.

The PRC was founded as an intermediate link between planting the seed of the Homeland and molding the Republic, not to dominate and prohibit the existence of different parties after victory was achieved, not to annul popular participation, not to declare that the streets and university campuses belong to revolutionaries, not to imprison those who think differently, all of which demonstrate that Martí’s democratic and humanist ideas have been ignored and distorted to confer upon them an ill-fitting mantle: the genesis of the Cuban single-party system.

Additionally, it should be said that politics are founded on the fact that men are social and diverse beings. In that sense, parties, as the etymology of the word indicates, are a part of a whole that by its diverse and plural nature consists of other parts, wherein each represents the interests or tendencies of a sector of society. This reason explains why, when the ideas of independence were not represented among the existing parties, José Martí founded the PRC. Diego Vicente Tejera created the Cuban Socialist Party in 1899, because the interests of workers were not championed by the liberal and conservative parties. The Communist Association of Havana in 1923, the Communist Party in 1925, and the Orthodox Party in 1947 all arose for similar reasons: because the Authentic Party did not satisfy a segment of its constituency.

The single-party system is unnatural. The best proof of this is that, in order to establish a single-party system, totalitarian regimes must destroy all other political parties or subordinate them and their interests, allowing for the most perfect and complete model of totalitarian regime, and along with it, stagnation and failure. In Cuba, the existence of one sole party was the result of a reverse process initiated during the era of insurrectionist struggle in the Sierra Maestra mountain range that culminated in 1965 with the founding of the Communist Party as the sole political force, subsequently ratified into the Constitution; a process foreign to the ideas and work of José Martí.

From this, the necessary restoration of the right of assembly and decriminalization of political differences are inferred, so that Cubans can play the active and determinant role that they are entitled to in the destiny of the nation. The irreducible diversity and exhaustion of the current model have created the need for a multiparty system as the order of the day.

3 MARTÍ, JOSÉ. Resolutions Recorded by the Cuban Communities of Tampa and Key West in November of 1891. Selected Works in Three Volumes. VIII, p.23