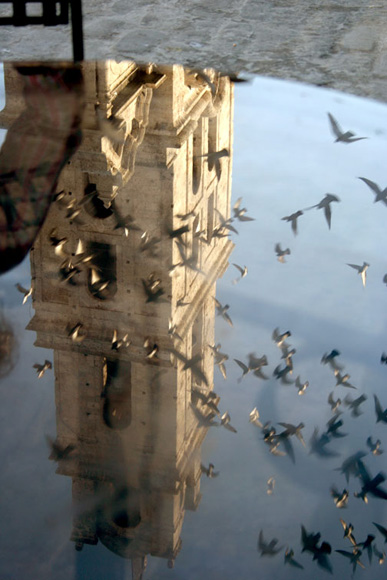 This weekend I saw on TV two very different movies, both very perturbing because of what they show in regards to the relation between reality and fiction. The movies were Agora, on the Friday time slot for movies, and The Experiment on Saturday.

The movie Agora takes place in Alexandria during the final years of the Roman Empire when Christians, after many years of persecution, win the streets and obtain power. We had seen the suffering of Jesus’s followers, the cruelty and spite which they suffered at the hands of the pagans. But, what happens when Christians obtain power? They mimic and even surpass those who had the power before them, they desecrate the symbols of the past: temples, statues, and in what will be a sign of the dark centuries ahead, they destroy the Library of Alexandria.

The other movie, with superb acting by Adrien Brody and Forest Whittaker, tells the story of a group of people who volunteer for an experiment on the conditions experienced on a prison setting, who are surprised to find out that a few of them will act as guards while the rest will be the prisoners. What happens when regular men obtain power? Cruelty, sadism. The experiment ends, predictably, when the prisoners rebel.

So much time has gone by, and things still do not improve when it comes to human relations.