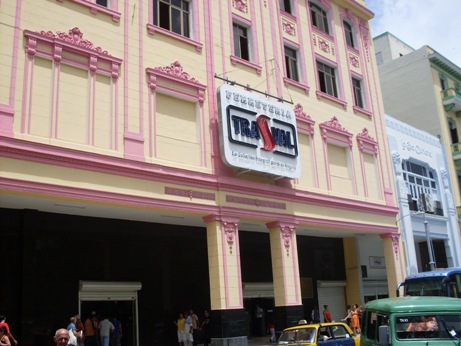 You don’t have to be skilled in economics to notice the gaps that instability in all spheres brings with it; every time you wake up it’s a holding pattern and we imagine we are dreaming, even if it’s the afternoon. To go to a market, a store, always generates an interaction between the clients and a representative of the State. In all or almost all establishment there is a “suggestion box” which is never honored because you only have to look inside to see that it’s empty, not because there are no complaints or suggestions, but because of the work and art of whoever is in charge of that entity.

As a general rule the complaints fall on deaf ears and as a general rule to demand, “as it’s established” means “deaf ears,” then how to demand our rights, which they say are protected by law, a Law that still lives in time and space, not respected.

I always remember Benito Juarez — a man from Oaxaca who served five terms as president of Mexico — who said, “Respect for the rights of others is peace,” and peace and respect is what we Cubans deserve. I just think about this, it would be a utopia for us.

It’s painful the way they mistreat us and trample our Constitutional rights, their “deaf ears,” man lives not by bread alone, the lack of shame and decorum, and when on occasion we are treated well, it’s rigged from behind, the disrespect for our rights, the right to receive a return for a purchase or service received, the right to not only address the complaints, which as a general rule point out deficiencies or difficulties, they always count on the blessing of those who must face them.

The National Assembly of People’s Power was in session last week, it is worrying that such timely topics were not discussed. Assuming that the guideline of the Party were discussed by all the people, and they collected the complaints and suggestions made, these rights would undoubtedly be a concern for the leadership, there has been talk of shortages in commerce, but nothing has been said of the causes which arise: how long have we been listening to rhetorical speeches, unconvincing and with no resolution, and how much longer do we have to wait?

Another question that caught my attention was the speech of Vice President Marino Murillo, when he suggested that “the 2011 plan will be liquidated,” how it’s possible that “there’s money left or it wasn’t used” when the correct thing would have been to use it all in alleviating the needs of our people. On what objective basis was this year’s budget established? What were the reasons why the money wasn’t used? Who is ultimately responsible? Who do they answer to? How can it be made public? It is our right or not? Is it a utopia or a reality?

What the enemy has heard is just the voice of attack. José Martí