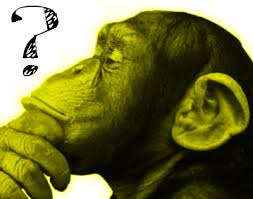 Alejandro feels frustrated. The country’s sports leadership has declared him an “untrustworthy person.” Walking home, he rearranges his life into what it will be from now on: do anything except play ball, abandon his university studies, or somehow exit the country illegally.

Every year, Cuban athletes are judged on their performance. If they have any claims on them in a foreign country and their relationship with the directors of the National Institute of Sport, Physical Education, and Recreation (INDER) is not very cozy, they are labeled “untrustworthy.” But the question is: what are the secondary effects of such appraisals?

Alejandro García, a catcher with great statistics in provincial competitions, had been selected to put together the Cuba juvenile team. However, it won’t work out this time: he has been declared “untrustworthy” because he could potentially defect. The reasons given in these cases are always the same: having family in the US makes one a possible émigré.

“That is not my intention,” García asserts. “I want to take Team Cuba to the first level and complete my studies at the University of Physical Culture and Sports Sciences (UCCFD).” He adds, sadly, that “if next year the same thing happens to me, I will leave the sport.”

Forced to fall over the precipice.

When an athlete is categorized as a possible émigré, many doors are closed to him and decisions make about his fate are not always correct.

Michel López, 30 years old, left baseball at the age of 22. At that time he was in his second year of studies at the UCCFD and when he saw his “future in sports” had become a farce, he left school and the sport, and veered into alcoholism.

“I felt very sad,” Michel recalled. “I decided to erase any memory of that moment when Cristian Giménez (INDER director) put his hand on my shoulder and told me that this time I could not travel to Mexico because I fit the profile of a a possible émigré,” López concluded, dropping his gaze.

Regarding his alcohol problem, López managed to climb out of it with the help of his family, but there were after-effects. “I lost 40 pounds, and each day I fear a relapse,” he said.

Today Michel López works for the state waste-management agency Comunales sweeping the streets. In his spare time he plays baseball with his neighborhood friends.