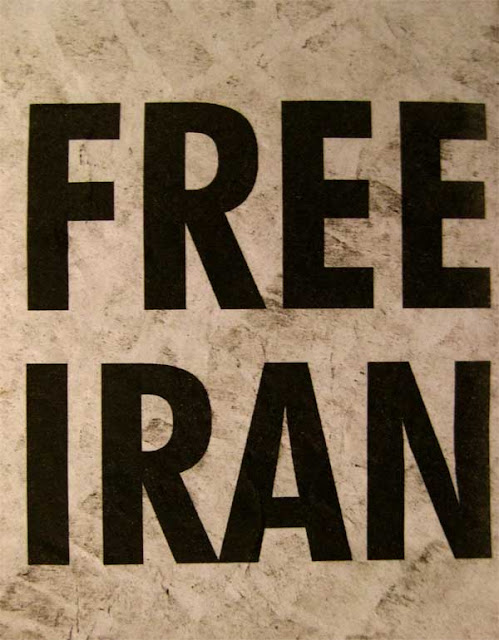 From so much looking out the same window, seeing the same street, talking with the same people and living in the same city, you end up thinking you know everything. If someone had told me I would not have believed it, now that I know it’s true I’m full of questions. The streets of Havana still hold many surprises for me, fortunately.

Lethal August. I arrive gasping at 23rd and 12th and find, scattered on the ground, various papers as in the photo: FREE IRAN. My God, what’s this? I grab one and look around, I would say I’m the least surprised of those around me. A guy who looks like State Security gets caught in the act of putting one in his pocket and makes a gesture of disgust with amazement. I don’t think he likes it. I couldn’t say if FREE IRAN falls within “Enemy Propaganda,” but apparently it’s not “Friend Propaganda.”

At 23rd and G there are more. Many more. Most have been trampled. Who could have thought up such a brilliant idea? I have no doubt that this is related to the fixed ideas that have gripped the hallucinatory mind of Fidel Castro. How would Compañero Fidel take it if if instead of the Third World War what came to pass was the end of the Iranian dictatorship?