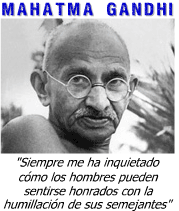 It has always disturbed me how men can feel respectable with the humiliation of their peers.

Given his age and delicate state of health, Fidel Castro has led me to think that every time he appears on National TV it’s a new birthday that, like an expected gift or anticipated party, his followers have arranged for him before a captive audience.

In his most recent appearance of February — at the time of the International Book Fair — in the company of a group of national and foreign supporters, there was everything: from showing off small and large vanities, memories and opportune forgetfulness, to new prophecies, purposes and adjectives (above all praising the boss) in advance of the August 13th birthday of the historic Cuban leader.

We could, then, find it ironic that we have a unique calendar so that they don’t judge us too harshly: a periodic calendar that allows lapses according to needs, interests and desires of the governing class. That is why it is also necessary that those of us who are a part of the alternative civil society “not be too demanding” with regards to the remaining in power of the man, because we already know that time is relative and flexible; why shouldn’t it be for us as well?

And so we received painful images of shipwrecks in praise (or flattery?) on the part of the national participants. At times I get the impression that the ex-president is a person who needs constant praise to reaffirm for himself his work and to indulge in the idolatry that for many represents his image. It is absurd that a leader who has bragged so much about himself, along with his model of government, the champion and promoter of national honor, would promote and disseminate collective humiliation. It seems that “in Wonderland” the dignity of Cubans has worth only to be wielded against “capitalism,” but when it comes to the champion, no praises should be spared…