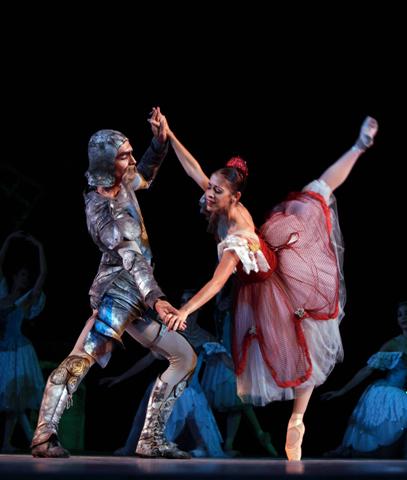 On the stage is a figure in toe shoes and a tutu, one of the principle dancers of the American Ballet Theater which is visiting Havana. The audience applauds to delirium for a dance troupe that hasn’t been in Cuba for 50 years. We’ve had a week of glamor, of sustained applause and shouts of “VIVA!” from the orchestra. Of nights of haggling on the black market for a ticket to enter the theater and be dazzled by the lights and music.

The Ballet Festival has managed to pull us our of our everyday concerns, especially those caused by the mass layoffs affecting tens of thousand of people around the county. The Nutcracker, Coppelia, Swan Lake, have also served as a distraction from other issues of national importance, such as failure to meet the deadline for releasing the political prisoners, 13 of whom remain in prison. A short break of sequins and fantasy, but when it ends we must face a city every more shut down and a nation mired in growing anxiety.

Between the choreography and a tight schedule of performances, the first week of November seemed unreal to us, outside the context of concern in which we live. So I decided to see Don Quixote in the Garcia Lorca Hall and there I witnessed a magnificent festival of lights, costumes and music. When it finished I was the last to leave that room full of velvety red seats. Even though the curtain had fallen and the dancers had taken their makeup off backstage, I stayed a little longer. When I left, everything was different: the darkness extended around the Capitol and it was time to go home.