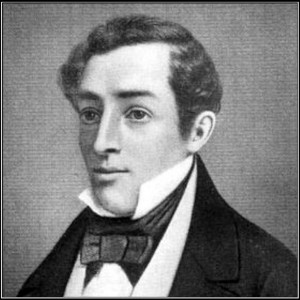 Jose Maria Heredia (Santiago de Cuba 12/31/1803 – and Mexico 07/05/1839) is the first paradigm of Cuban poetry, despite being the son of a colonial official and living most of his short life outside the island, the center of his certainties, frustrations and hopes.

His careful academic formation and his human and political, determined romantic affiliations and longings for freedom, and also plunged him into the civil struggles of Mexico, scene of his long exile, where he served as judge, prosecutor, legislator, minister and journalist; meanwhile polishing his verses, published in New York in 1825 and in Toluca in 1832.

From Mexico he was aware of the events of Cuba, certain that “once awakened from its colonial slumber, it would weigh much more in the political balance …” because “the cause of freedom in America is proved, while Cuba is not free…” This perception led to his exaltation of the indigenous and to considering the island as “the equilibrium of America” and “the essential element in the harmony of the world,”while challenging the claims of those who saw slavery as a brake on independence. 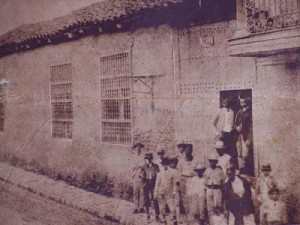 As a journalist for The Iris, The Conservative and other Mexican periodicals, he castigated the American colonists who demanded the annexation of territory to the United States, calling them “insolent usurpers” and “foreign vagabonds.” In his article Rumors of Invasion, which appeared on April 22, 1826, he called on his colleagues to “exchange the pen for the sword” against Fernando VII in order to liberate Mexico and other American nations from Spanish colonialism.

Biographers, critics and apologists of Heredia have analyzed his poetic contribution, the circumstances of the era, family influences and his participation in the separatist conspiracy of 1822, the cause of his exile. In reclaiming the author of A Star of Cuba, In the Teocalli of Cholula and the Ode to Niagara, the assessment of Jose Marti was instrumental, another poet and independence leader, who lived in Mexico and traced the footsteps of his predecessor.

In an evening of tribute in the United States in 1889, Marti said that Heredia “had had the courage for everything, except to die without returning to his mother and his palms… he, a being in every symbol of the country, left us a path from the cradle to the grave, with the people who created us as colleagues and brothers.”

Marti alluded to Heredia’s controversial letter of April 1836, asking permission from the Captain General of the Island to visit his mother in Matanzas. The interview that he had with the despot in November of that year before visiting his family sparked criticism from Domingo del Monte and other detractors, who considered him the “fallen angel.”

None of them sang the praises of independence and freedom for Cuba like Heredia. Let’s look at some lines that grow with time:

Cuba! You will be free
Pure as the air of light that you breathe
As the rolling waves you see
Embracing your sandy shores. 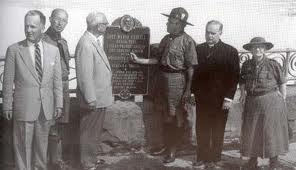 This “air of light” shines in several of his compositions, almost always external and focused on the island drama, when freedom was envisioned only by pioneers such as himself and Father Feliz Varela.

The country yearned for by José Maria Heredia in The Star of Cuba, has now published his poetry books and uses his verses in history books and literature, but the freedom he dreamed of is still a nightmare. Nearly two centuries after his death, the cantor of a nation in waiting, skeptical, euphoric and visionary, would reveal “the horrors of the moral world and the physical beauties of the world,” before the banishment of new patriots and the complacency of so many intellectuals with the island tyranny.