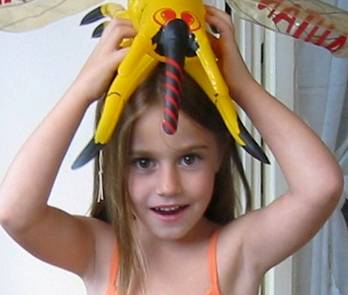 Yes, that is how they have me, and I suppose many more, the campaign against the Aedes Aegipti mosquito. Any day at any hour they can ring insistently at your door to see if someone is home. Fortunately I live up high.

It is almost mandatory to open the doors of your home to strangers, which most likely will not wear the distinctive gray uniform of Public Health, you may see each of them only once. They come without an appointment or notice and burst in homes with their enormous and outdated oil-burning appliances, with specific guidelines to close doors and windows, to have a toxic and unbearable smoke, that so as not to leave your house alone with a stranger, you also breathe, like them, who aren’t protected with masks either. They tell you to leave your house for an hour, so that the fumigation smoke can take effect.

All this in addition to the drawbacks already mentioned, should be added that the oil they use drips all over the walls, furniture and floors, and many elderly have slipped and injured themselves as a result. There are people who have burned occasional furniture, with the flames that the aforementioned apparatus throws out behind. And you can never make a claim for damages, as well as theft, which from occasional carelessness sometimes occurs.

The fumigation campaign has been going on for more than thirty years. I ask myself: if it was effective they should have exterminated this impertinent mosquito by now. At least the environmentalists anywhere in the world protest this! Still, there continue to be dengue cases reported in the clinics in almost all neighborhoods.

Television, in its continuing campaign is blaming the people for the existence of different foci of the epidemic. The ads only show the domestic side of the problem, recommending: crushing eggshells, punching holes in soda and beer cans, covering water tanks and so on. They never blame the state for leaks in the streets, inefficient garbage collection, sewage accumulation in the potholes and the lack of widespread environmental hygiene.

After all this and more, do you think it’s fair that they come to bother you at any time, breaking into your private space to fill your home with smoke?

We continue the same old thing over and over, and on top of that we ask ourselves why things don’t get better. If this were not so ridiculous it could be an amusing quote from the book Who Moved My Cheese? by Spencer Johnson.