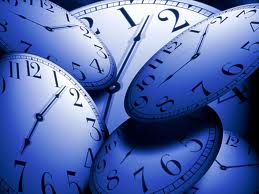 Mabel, the wife of Raúl Rodríquez Soto, incarcerated at Guanajay Prison, this past October, submitted a petition for parole to the Provincial Court of Artemisa. To date, no response has been received.

In Anglosaxon culture, punctuality is an inevitable custom. On timeis an expression in English whose meaning is “at the exact time”. If a reporter arrives late to an particular place, he loses the exclusive. If someone in search of a job arrives late to a job interview, it’s certain that they won’t be hired. If the goal is to maintain a friendship, a good job, or gain opportunities in life, one must understand this maxim.

In our country, to be “a tiempo” is complicated. However, Cubans must learn the honorable necessity of being punctual.

What’s worrisome is that the “relaxing” of schedules doesn’t occur only in the social sphere, Concerts, solemn ceremonies, meetings and other organized activities of state institutions never begin at an establish hour but rather “around ten in the morning” or “at about five this afternoon” as is habitually stated. The only exact times are closing times.

Within the offices of Judicial Administration, the same thing happens.The judges almost never hold court starting at 9:30 in the morning; the legally established hour. Neither is there given an official explanation to those present when there is a delay as prescribed by the rules of procedure. The announcement of sentences is late and the procedural terms are often incomplete.

These delays are symptoms of a weak etiquette or lack of respect for the citizen. Yet judges are not flexible when such terms are violated by others. Because if an individual not in compliance with a resolution appeals before a court a day after the expiration of the time limit, whether it be for any reason whatsoever, the appeal is rejected.

When a lawyer from the Legal Office is late with a file because more time is required to complete an analysis, the court imposes a fine of 25 pesos for each day of delay. I wonder what fine the Court will pay for the days that it delays in responding to Mabel’s petition?