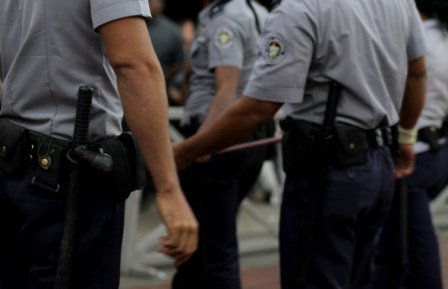 Sometimes one has the crazy idea that if the little soldiers of power were reading us, even they would understand us. That is, even if they didn’t agree with us, they would understand that in the world we dream of, there would be room for everyone, and only crime would be penalized, of course. Crime is anything that threatens the integrity of any human being. But one has to start by observing, understanding, stating as close to the truth as possible the meaning of this mystery that is our humanity.

Even when I am aware I am the person behind my eyes, I don’t know if my name is really Lilianne. Culture, religion, philosophy exist. But pain, death, suffering exist. And none of these should be inflicted on anyone. Maybe if I didn’t have in front of me the obstacle and the war of the State Security against the Cubans, I would condemn the Pentagon’s war.

From here, knowing the essence of totalitarianism, out of step with ethics that better agrees with the happiness of humans, without preferring one bad thing to another, it worries me a thousandth of a second less that it is the West with the weapons of mass destruction and not the religious sultanates, or Korea, or Venezuela, or Cuba.

Because in those “left” countries, the “socialist” ones, the law dictates a leader protected by thousands of subjects, and that law, when the leader has already fixed it to imprison our liberty and our rights, is broken from one day to the next. And this means that if those socialist leaders had weapons of mass destruction, not only would dissidents be exterminated, as were the Jews at Auschwitz, but nuclear weapons would be used more quickly. Because the mutation has been worse in those countries.

We have never been good in history, but there was an ideology behind Hitler and Stalin, and there was doctrine behind the Inquisition; the pain of human beings was not contemplated by any of the institutions that exterminated people accused of dissent or of being racially inferior or ideologically marginal. In Cuba, those youths who like Pope Benedict XVI have been educated in an ideology that at some moment meant to position the Cuban Revolution as a Universal Paradigm of virtue and justice. The General President of Cuba still says “all the justice.” When people say “all the truth” or “all the justice,” they are lying.

But the idea is that the paradigm that our parents believed in, already distanced from the values of our grandparents, which were still those of the Republic, cracked completely when Soviet subsidies ended. And then the dollar appeared, both loved and hated by the Cuban family. Today, most Cuban youths have neither a spiritual inheritance connecting them to the spiritual development of humanity nor the ethics of the left that the intellectuals of the 1970s made fashionable; they have nothing more than a desire to have money and the desire to have power by serving power.

Because of this, the new generation of security guards is not going to read what we write, as if one day, when they detain us by force, they could sit and talk with us. In these days during the Pope’s visit, my friends were detained and obliged to talk with State Security. Threatened, or simply tricked, they were interrogated, and the principal accusation was that they wanted to attend the Papal mass in the square.

Such a thing did not even interest many but at the very least, when and how did seeking an audience with the Pope become an offense? But this did not happen either, and the terror felt by “those who govern” and its Nomenklatura of losing the immense satisfaction of governing us, controlling us, subjugating us, and threatening the entire world above us, envying world power, made the political police try to terrorize us.

Does human nature suffer a mutation in the cauldron of totalitarian violence? Yes. And it is worse than cancer and HIV because it is a condition of the soul and not just the body. The mutants are not interested if power is just or unjust; they like power.

They have been educated without others, without a needle on the balance that was universal, international. If they have something, it is the ideology of the “Revolution,” that deals with all persons as if they were not human beings, conscious souls with real desires, with human rights. I am referring to the fact that there is no scale of universal values, higher than a party, that can be compared to.

They are alone in front of us, but they are armed. They are not interested in the search for truth; those are aristocratic values and they have left the “people,” condemned for being poor, inferior to the power and nomenclature of the politburo.

A neighbor told me that one has to apply the politics of conviction and after, if the person is not convinced, apply the politics of defeat. This man studied and graduated with an honors degree in history from the University of Havana. This is the training that they all pass through, with professors that are not humanities chairs, but rather take part in perverting the value of human beings. Its brutality and barbary attack us spiritually and physically because they cannot really communicate; they are not interested in the truth. They are programmed to impose themselves, to “defeat,” to lie if necessary. It is the most frightening anthropological vacuum.

They are like dry trunks without vital sap that could have accomplished a number of things before dying, but which are cut instead, so their destiny is condemned by the historical chronicles and by God.

They are mutants; their ethics is to obey and earn “money” and privileges according to national standards. Later, when delegations of foreign students or people on the left come to visit, they show them what we have been taught since childhood: to simulate a country better than theirs, because they are capitalists and have to pay for school, and sometimes those foreigners leave with this idea. 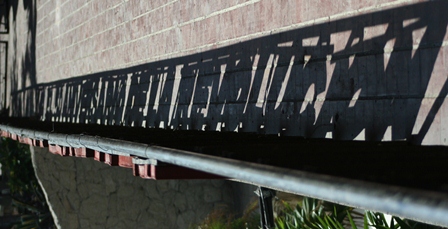 Everyone in the world with a conscience, directly affected or not, we should fight against totalitarianism, because they are not going to agree to being alone in their countries. They want all the power that even Western countries have today, in spite of any shortcoming preferable to this.

It is possible that there is a crisis of faith in the entire world. I learned to live in pure faith by suffering the result of a society that changed by not believing in prior values into an ideology that taught them to be bad, to lie with out scruples of conscience, to be sadistic, overbearing, forceful, greedy, mimicking. The security guards are mutants; there is no human behind them and nevertheless, some day, God willing, although they apparently already do not serve any other purpose, we will have to respect their rights in order to not be like them.