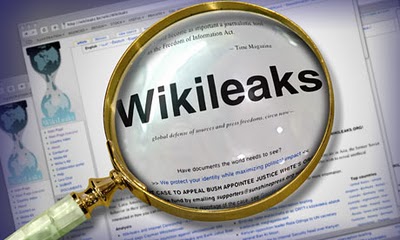 The Australian Julian Assange has succeeded: his Wikileaks website is today’s star of the headlines. I do not think that the history of politics contains another incident more exotic and fit for Hollywood, and one where the revelations of the diplomacy of a certain government mixes so many nations in a complex skein, to the point where it starts to look very like backyard gossip.

Assange, who has just been arrested in London and will soon face some timely charges alleging sexual abuse and harassment in Sweden, has benched Osama Bin-Laden with regards to who attracts the greatest gringo hostility: he has become public enemy number one, starting on the day he announced he had 250,000 Department of State documents up his sleeve. And especially now that he has cleared up any doubts and proved to us he wasn’t joking.

Now that his website makes it easy to find a range of classified documents about the relations of the United States with the world, and has moved Hillary Clinton, and apparently will continue moving the global chessboard of foreign relations, various aspects of the “Wikileaks” case are of particular interest.

International reactions: With the exception of a handful of lawless governments or opportunists — among whom I would like to exclude my country, but I can’t — who have received the news like kryptonite for their rabid anti-Americanism, the vast majority of nations have condemned the leaking of these documents, some publicly, some less so.

It is not, however, about an epidemic of morality. The causes of this widespread rejection point, rather, to the feeling common among politicians: As Mexico’s former ambassador to the United States, Jorge Montaño, recently said, there is nothing extraordinary about the tone in which U.S. diplomats communicate with their superiors on subjects of “strategic” interest. Harder things, in more direct language, are shared among politicians of any nation with a domestic naturalness. And here, let he who is without sin cast the first stone: show us your records.

The only difference between current American diplomacy and that of all other countries, is that Julian Assange chose as a victim the most powerful nation in the world, while the dirty laundry of our governments, at least for now, remains in the shade. The choice is certainly more than reasonable: I do not think any newspaper in the world would have devoted their front page to leaks about the foreign policy of Equatorial Guinea.

Incidentally, we Cubans cherish a stupendous Wikileak, the precursor of those newly released: A couple of years before leaving — officially — the presidency of the republic, our former President Fidel Castro published, in full, a telephone conversation he had with the Mexican President Vicente Fox in which he “diplomatically” urged him to leave his country so as not to cause an embarrassing incident when George W. Bush arrived at the Summit of the Americas. El Comandante was, that time too, a visionary pioneer: the first Wikileaker in history.

Another interesting aspect of the case in question is as follows: From the point of view of freedom of expression, is it respectable or censurable to air objectionable information of governmental interest?

According to the President of the Inter American Press Association, Gonzalo Marroquín, who was asked by CNN about it, it is perfectly respectable for an individual, exercising his right to free expression — guaranteed even by the American First Amendment — to publish documents of public interest if it is within his power to do so. But Marroquín had to acknowledge that the investigation must focus on whether Julian Assange’s accessing of these reports was in violation of any recognized legal provision, in which case it would be subject to a legal, not a journalistic, analysis.

Let’s be clear: Of course there is no way to take over 250,000 State documents without violating the law, unless there is a Department of Copying and Reproducing Diplomatic Documents to which one can come with a flash memory and say, “Please …” Julian Assange’s revelations constitute a personal outrage whose reasons are still unknown (did the Australian ever reveal his real intentions?), and cannot be watched with approval, although they can be with amusement, by citizens possessing civic awareness.

But from the standpoint of universal human rights, which are respected in democracies, Wikileaks itself should be able to publish these records without being censured for it, and without the server behind his portal being knocked out as was accomplished by some higher American spheres, just because someone does not want certain issues to be known.

For its part, and from another perspective, the U.S. government is already accumulating so many lessons that I see no difference from an irresponsible kid in kindergarten: They had to “learn” from security mistakes relating to the Twin Towers; they had to learn from the incident involving a couple of citizens who snuck into the White House and took photos with President Obama, making a mockery of presidential security; and now they must learn to keep their secrets better if they don’t want to see them in the headlines. In the United States today, in many ways, “security” is a word with atherosclerosis.

However, we must recognize, leaving aside political seriousness, and leaving aside our admittedly boorish anticipation of what Oracle Wikileaks is going to surprise us with next, there is something positive that has come from this unusual scandal: It is not only Big Brother who watches the citizens. The citizens have also learned to monitor Power.

Who knows if, after all, these media revelations might generate unexpected side effects among the governments of the world which, though annoying to politicians, would be applauded by us citizens: the obligation to play ever more cleanly, more honestly, and more respectfully, just in case the Wikileaks custom sweeps through the world like one more plague.