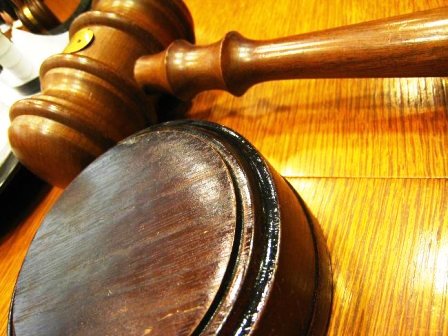 In March 2007 the Attorney General of the Republic replied just once to the first of three applications by two doctors who had been unjustly disqualified. It wasn’t just a technical report issued by a non-political and autonomous body against two citizens who considered their rights had been fundamentally violated, but this retrospective response was a vendetta, a written crucifixion using biased and politically-chargedlanguage.

But for some mysterious reason, and in spite of the fact that more than five years have passed, I woke up this morning with a couple of doubts circling in my mind. This is what they were about: if, hypothetically, the two people affected were now to decide to file a lawsuit at the Peoples’ Tribunal against those responsible for the serious injury suffered, what process would they have to follow? Would it now be considered appropriate for our Attorney General to accuse these officials – who doubtless still occupy public service positions – of having subjected us to public humiliation and grave professional and family damage?

Above all, the conclusion would unavoidably be drawn that we should be reinstated in our profession and recompensed for the salary owed to us to cover the period in which we had been disqualified; the implication would be clear that it was a total injustice, and that in order to throw the book at us they played with the truth, they slandered us and, obviously, someone was responsible. Today I would ask our “honorable” Attorney General who five years ago dismissed all the evidence in our favour, if we still have the right to accuse those persons who, enjoying full authority, never did anything.

I wonder if one could still proceed on the grounds of perjury and defamation against the then Provincial Director of Health of Havana, Dr Wilfredo Lorenzo Felipe, who is now Municipal Director of Health of Guanajay, and his wife, Doctor Beatriz Torres Pérez, who was then Dean of the Western Branch of the Institute of Medical Science of Havana, against the then Minister of Public Health, Dr. José Ramón Balaguer Cabrera, who is now the Head of International Relations of the Central Committee of the Party, who ignored the 10 letters sent to him, and the present-day Minister, Dr. Roberto Morales Ojeda, who ignored several others.

I wonder if one could proceed against the President of Parliament,Ricardo Alarcón de Quesada on the basis of perversion of the course of justice, and against Esteban Lazo, Vice President of the Council of State, and Jose Ramon Machado Ventura, First Vice President of the Council of State, or Raul Castro, our President, who received four letters which were not replied to – just a question. All these persons, even if they weren’t responsible for what happened, at least knew about it for years and did nothing about it.

Moving on, I ask myself if the Attorney General of the Republic would consider it to be in order to commence an action for perversion of the course of justice against itself as an institution, for having, since mid-2007, rejected the evidence which should have resulted in our immediate readmission, as it showed that the facts were twisted in order to punish us for political reasons. I am supposedly living under a Rule of Law – as my government assures us – which gives me the authority, I believe, as an ordinary citizen — perhaps Citizen Zero — to place before the relevant powers such resources as I believe necessary to guarantee my personal liberties.

I am not proposing to dig around in the shit. My long and patient struggle to return to work in my profession has made me grow and rise above my miseries. Now I am only driven by curiosity, because although I have the right to feel resentment still, nevertheless I have decided to follow the noble advice of Reinaldo Escobar and Yoani Sanchez, those blessed miscreants who, just a few hours after my reinstatement, proposed that from that moment I should concentrate on my health and forgive everything; after everything it was those “warmongers” who – paradoxically – put it to me that I should have the courage and stature to forget.