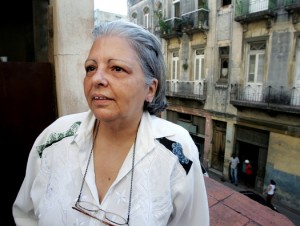 There is no doubt the dissidence on the island is looking for a space. The document: A Future for Cuba. Issued on December 2, it is counter-proposals to the government’s measures — a balanced document that fits this time in Cuba — from a group of ten people, among them the economist Martha Beatriz Roque Cabello and Arnaldo Ramos Lauzurique.

They have put their feet on the ground, their proposals in writing. At times, the Cuban opposition,weighed down by mediocrity, internal squabbles and divided by personal egos and despotic behavior among its leaders, was shipwrecked on the rocks of its own disarray. There was no valid reference, no starting point. Add to that the penetration by the moles of the special services, it is a cause that has become fragmented.

As unfinished business, they still have to try to reach large portions of the population. But they do try. In this December 2010, conditions are ripe for the dissidence to take a 180 degree turn in their political work.

They can count on new tools. Almost all opposition groups have websites where they release their platforms and proposals for the future that is upon us. Important figures and veterans like Oswaldo Paya Sardinas, Elizardo Sanchez and Martha Beatriz, among others, have personal blogs.

There are other elements that promote a greater field of competition. The release of prisoners from the Black Spring of 2003 — although 12 remain behind bars– seems to send the message that the government of the Castro brothers will not go back to filling the jails with prisoners of conscience. At least for now.

Also the dialogue initiated by General Raul Castro with the hierarchy of the Cuban church and the government of Spain after the death of Orlando Zapata and following the government mob violence toward the Ladies in White (which continues against Reina Luisa Tamayo), is a sign that the regime needs political oxygen. And a truce to try to apply their timid economic reforms.

Throughout its history, the Cuban opposition has had brilliant moments. The Varela Project of Payá Sardiñas in 1998, despite some errors of law, was a well-intentioned proposal to try to democratic change.

Then in March 2003, came the hard blow, with the arrests of 75 valuable opponents. To this was added the unveiling of undercover informants in different groups outside government control.

After seven years extolled in sectarian and exclusive position, now the dissent attempts to take the path of concord. They do not ask to be a homogeneous movement. Only that their members agree on the main arguments and points of agreement achieved, to articulate a calm discourse and bring along the citizenry.

These points of agreement exist. It is calculated that 70% of the people on the island are very disgusted with the current economic and political situation. Examples include outbreaks of civil disobedience and public protests of citizens outside the dissent.

Most of the internal opposition has always been in favor of dialogue between all parties. The Castro government is the one who refuses and does not consider them as an important actor. But the current situations, and those that can be foreseen, could rearrange the cards on the table.

Maybe this is the time for the dissidence. In their hands are concrete workable proposals. Martha Beatriz already launched a good signal. They need a final push. To continue fighting in opposition.