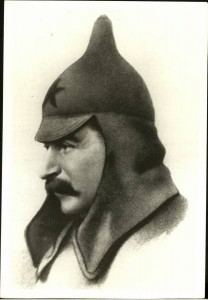 There is too much perversion in the world. It is a feature of serial murderers, pedophiles and sexual deviants. Or of the ETA (Basque) terrorists and those irrational people who crashed two planes into the Twin Towers in New York on September 11.

But there are — and there have been — sinister governments. In the name of whatever cause. The most handy, from October 1917 until the present, has been imperialism, the bourgeoisie and the exploitation of man by man.

I’ve always wondered if Stalin, Hitler, Mussolini, Franco, Mao, Pol Pot, Ceausescu and Idi Amin, among others, already had macabre governing designs in mind when they began their careers as politicians.

I would like to think not. That these were once dreamer types who wanted the best for their people. And maybe a mental condition, not yet studied in depth by the scientists, converted all of them into miserable satraps.

All these dictators have a common stamp. They speak in the name of the dispossessed and in the name of nationalism. They believe they have a redemptive mission to fulfill. They consider themselves to be enlightened. The Little Fathers of their countries.

Without exception, they are manipulators with an ego that is beyond reason. They do not tolerate disagreements. And it is just at that moment when sinister politicians pull the trigger, the tortures, concentration camps, summary trials and unsanitary prisons.

In the end, history chooses them as the best example of what not to do in the exercise of power. In the 21st century there are few who remain alive.

One of them is now a sick old man who writes his memoirs in a hurry. And in his raptures of lucidity, he still believes he has something to say to his people. And he scribbles pathetic reflections about any event in the world, except that which he should write about: The complicated and uncertain future of his country.

I hope that all these caudillos, before they died, recognized that they were arrogant despots; that they made monumental errors, destroyed nations and were detested by millions.

Photo: Stalin, from the photographic archives of Life Magazine