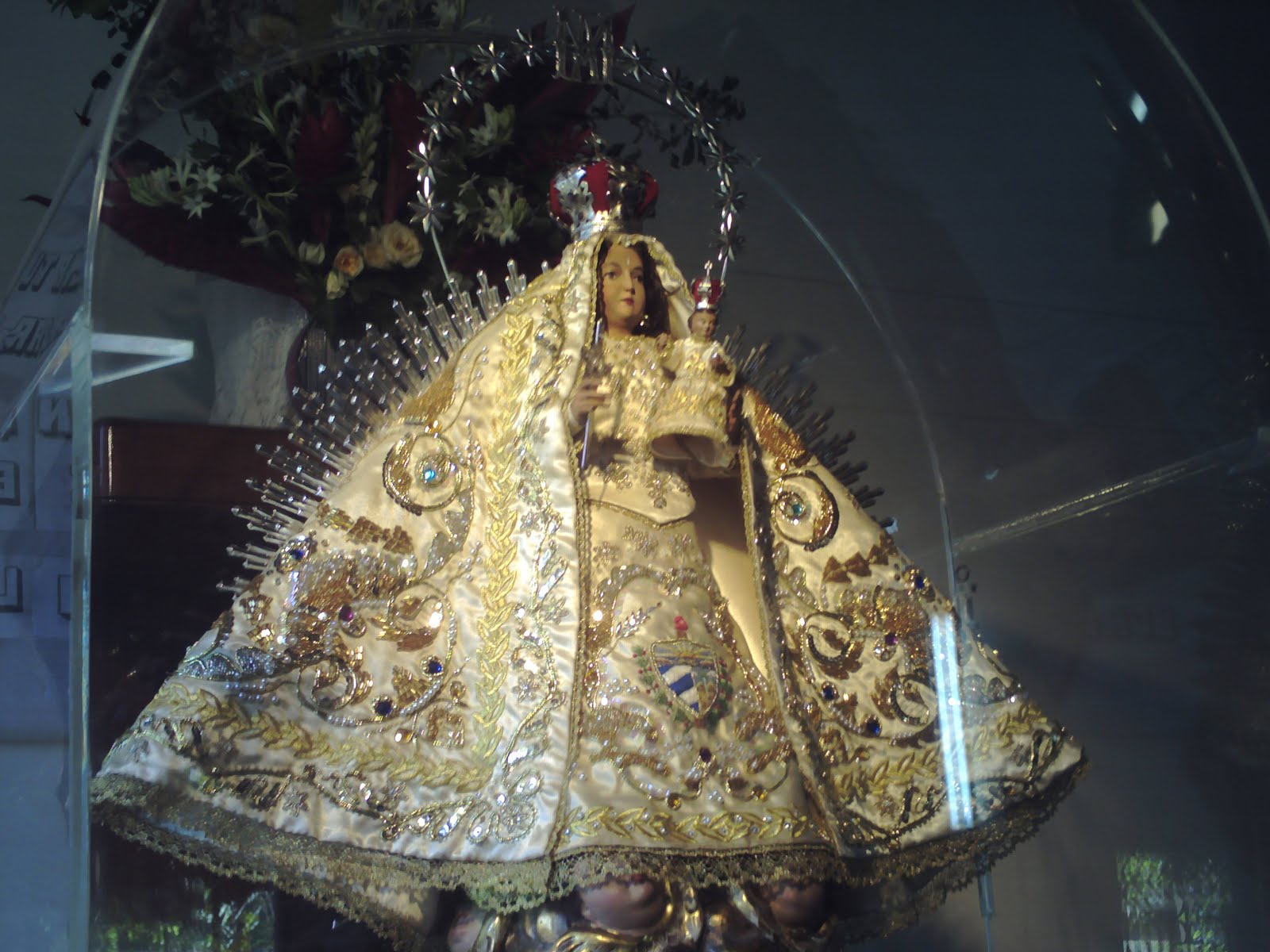 My mother contracted the debt in my name, and hours later made me aware of it. She said:

“I promised the Virgin that you would go today to her leave taking. At seven in the evening they are taking her to another community, so do not wait too long to go.”

For a deluded second I tried to evade the obligation. I tried, for example, to say “I already have a commitment, you didn’t tell me far enough in advance,” but I gave up immediately. There are certain requests from mothers that, although they are camouflaged as mere suggestions, have a military strength. You comply, and talk about it later.

So there I was, at the parish of San Juan Bosco as night fell in Bayamo, docile before a debt I did not contract and did not have much interest in settling: I have never confessed it, I haven’t even wanted to think about it in a conscious way, but since April 2009 I’ve experienced something like a vague resentment toward the Virgin of Charity.

A family member whom in life I loved with a passion, was murdered by two savages who, in doing so, also forever made off with piece of my joy. At the moment of death, as the worst criminals had done at the time of Christ, my uncle, paradigm of the greatest virtues of my blood, carried the Virgin on a card in his wallet, and on a gold pendant around his neck.

From that time on I, spiritual by definition but rational and atheist by upbringing, could not think of the national deity with the same emotional respect.

So what was this leave taking to which my mother sent me? It was the farewell to Bayamo of the statue of the Virgin de la Caridad del Cobre, who has been making the rounds of all the provinces of the country since August. The primary way in which the Catholic Church has wanted to pay tribute to the Patroness of Cuba on the 400th anniversary — coming up in 2012 — of her appearance in the Bay of Nipe.

According to the legend, this tiny Virgin appeared in the midst of a raging storm, floating atop the waves, to protect three helpless fisherman who had no other option than to offer themselves up to heaven. Some say the image came from the shipwreck of a boat that carried it, and that explains its appearance in the water. Others speak of the divine.

What is known is that she appeared in 1612, and since then the Virgin de la Caridad del Cobre has been the patron saint of the nation, boasting another even more glorious title: The Virgin Mambisa. Our patriots of the 19th century carried her to their encampments and venerated her in the midst of enemy fire.

They embroidered her image on their shirtsleeves, and gave thanks to her when they returned alive from the battle with the Spaniards. Now, commemorating her four centuries, the ecclesiastical authorities have taken a replica of the original (which is jealously guarded in Santiago’s El Cobre) and is presenting her to all Cubans.

She arrived in my city a few days earlier from Holguín. According to testimonies from my friends, her reception in Bayamo was really an apotheosis. They spoke of twenty thousand people following here through impassable streets, and masses overflowing with humble parishioners. Now she continues her journey.

Two blocks from San Juan Bosco Church I could barely move. Neither the anomalous cold of this warm region, nor the evening rush prevented many thousands of devotees from coming to see her go.

This more personal, more intimate contact, with the keeper of a faith rooted in the religious and cultural consciousness of a nation, offered a perfect opportunity for the consecration of the faithful, and for those who also had something to ask, but didn’t even know how to do so. This was confirmed for me by an amusing question from the priest who officiated at the mass:

“How many of you are coming to our parish for the first time? Please raise your hands.”

A multitude of hands, amid a whispered camaraderie, rose above our heads. My arm among them, of course. Many did not know how to pray, had never attended a mass, and as was evident in their faces, they found themselves confused, faintly blushing, to be in a temple that had, until then, been something foreign and distant.

But now that the Patroness was within those resonant walls, there was a particular feeling, one of hope, that extended from that religious altar; it was a time to abdicate disbelief and to ask the divine for what cannot be reached on a human plane.

I saw emotional faces. Hands joined together, eager eyes. I heard murmured prayers carry the dreams of those who wait and suffer. I saw the sick, the crippled, the malformed, faces martyred by physical or spiritual pain where only in a congregation like this one could they find a glimmer of peace. I saw friends with unmentionable plans, with obstructed paths, with material needs transformed into spiritual anxiety. I heard prayers for the imprisoned, persecuted, humiliated. An infinite set of ideas and people.

And all, everyone who presented themselves before this beautiful and humble figure, delicately naive, experienced the most harmonious and conciliatory moment of their recent days.

I remembered the aura of solemnity and the faith in the impossible that emanates from the temple located in El Cobre, where Cubans of every ideology, race, nationality and religious creed, at some point finally arrive. Some, to repay sad promises on their knees; others to give the Virgin their Olympic medals, their university degrees, or their crutches; and others, like me, out of elementary social or cultural interest.

I think back to my home, full of photographs and mental images, I did not understand how mysterious is the terrain of faith and human sentiment. I knew, though, that this show of brotherhood, its energy spread by a voluntary multitude, none of whom were summoned or forced to do anything, who in other times had held firm to their faith despite persecutions and exclusions, was indisputable proof that people can be deprived of all their liberties, except spiritual freedom.

And if I could not come to discover my faith before an image created by human hands, dressed by humans, devoutly carried by humans, I could enjoy the event as a sociocultural phenomenon that identifies and defines us, but that I cannot sensorially partake in; and so perhaps I should look with humility on all those Bayamese who asked for their lives, their miseries, and their desires. And who did it with real passion.

Now that an untimely Hodgkin’s Lymphoma forces me to write from a hospital nearly five hundred miles from home, and threatens a radical change in my life as a healthy and future-oriented young man, I can’t help but envy those who attain such spiritual communion and find in her solace and peace.