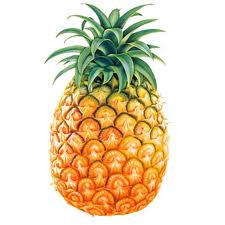 I’m not referring to John Steinbeck’s novel The Grapes of Wrath written in 1939. I’m talking about the culinary experience that led me to the farmer’s market: I decided to make a cold salad with a pasta base. For any mortal in another country, it’s probable they would have the option of buying the dish ready-made, or if they wanted to make it at home, of buying all the ingredients at one time, or perhaps making a second trip because they forget something, but everything would be available.

In Cuba it’s an exercise in mental hygiene requiring huge portions of patience. This recipe calls for — at the least the one we make at home — lots of mayonnaise and white onions, as well as boiled potato cut in small pieces. Some reinvented their own recipe for mayonnaise, and by saving great quantities of oil (a scarce product selling dearly in hard currency), make it by giving the oil body with mashed potato, milk with cornstarch, or some other ingenious and available substitute.

Rafa and I preferred, this time, to spend the hard cash — I don’t think mayonnaise is sold in Cuban pesos — to give it the familiar taste. For a customary exercise in survival, we Cubans often forget to eat, and so to feed ourselves is a pleasure.

Recovered from the horror of the fiftieth anniversary of Castro, I didn’t want to find myself surprised by the usual shortages and was collecting some of the ingredients several days in advance. After roasting the quarter chicken I was going to throw shredded into the salad, I tossed my lucky coin and went out shopping to buy what I lacked. As we were packed like sardines in the farmer’s market I searched quickly for what I needed so I could get away from so many people rabid for food. The onion cost me very dear, I bought it with a little mountain of national currency, and I also acquired the mayonnaise easily — notwithstanding the excessive price which I paid in hard currency — but it is the third ingredient that led to this post.

Incredibly, the farmer’s market near my house only sold green pineapples. To avoid disgracing my salad with sour pineapple, I walked from market to market and found the same thing at some while others had none at all. After two hours and so as not to waste the whole day, I went to a stall and asked the seller for a ripe one. “Señora, all that I have are ready to eat and very good.” As she had them in front of her and I am not colorblind, I responded and we got into an argument because she wanted to tell me that a green rind is a sign of ripeness, and that I shouldn’t “be picky” and ask for “difficult things,” but just be grateful there was pineapple at all.

In the end, as I didn’t have enough cash to substitute apples — which are only sold in convertible pesos — and I left the crush of people disgusted by the dispute, wanting to punch myself for my stupidity in demanding “ripe tropical fruits in the tropics” and in frustration for “leaving the party” empty handed.

I left mentally fuming, making an analogy with the title of the Pulitzer Prize novel of 1940 which is considered a major work: The Grapes of Wrath. I also remembered the phrase attributed to the late Armando Calderon — anchor and host of the long-gone Sunday TV show, “The Silent Comedy” — who said that one morning he had modified his usual chatter for the children present: “This is de piña*, dear little friends!”

*If you substitute “ng” for the letter “ñ” in “piña” (pineapple), we have the name of the masculine sex organ which is a part of so many expressions and expletives in the vulgar Spanish of Cuba.

Translator’s note: This text in the original Spanish plays with longer words that include the letters “piña”; unfortunately this wordplay cannot be reproduced in translation.