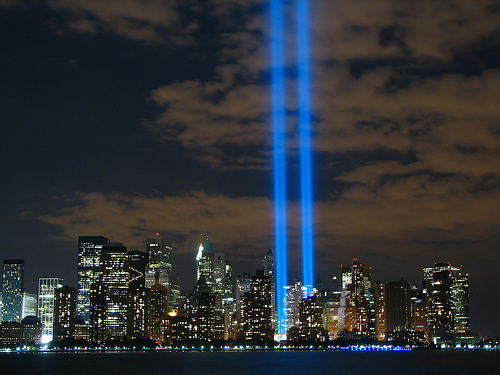 A different new article was to appear in this blog today. But the big news, never-expected nor announced in advance. It simply appears. And to distort or ignore it is folly.

The electrifying announcement of the locating and death of Osama Bin Laden in Pakistan, at the hands of U.S. soldiers, I believe occupies the place of the “News of the Last Decade.” I have no doubt.

In the second when the avalanche of news began, I can only publish a few paragraphs that express my pride as a simple human being who loves his life and that of others, for this victory over a mass murderer, as aptly described by President Obama in his official statement.

It comes in all languages , in every possible and impossible way, my embrace of solidarity for all those who suffered from the action by a criminal who no longer exists. And it arrives to the memory of the first passenger on the first plane, and to the fireman who gave his last breath in the Dantesque ruins, my simple tribute to the memory of these beautiful people.

I invite all commentators and readers of this blog, to let their words as a mark of the joy we, good people, feel on this date worth marking.