I’m going to start gathering my posts from other sites here, because I’m writing very little  these days and have half-abandoned my blog. In addition to this concert, I attended the one by Fito Paez and enjoyed it even more than this one. However, Fito came (to Cuba) two years ago, while Pancho had stopped singing for the public for a while. Here, then, is this chronicle published in 14ymedio. 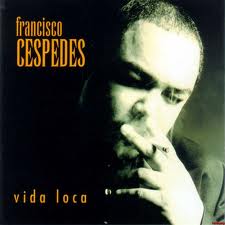 From 8:00 in the evening on Saturday, the traffic jams at the corner of 1st and 10th in Miramar were a sure sign that a major event was in the works at the Karl Marx theater. Well-known artists such as Carlos Varela and Edesio Alejandro could be spotted in the crowed.

Shortly after 9:00 pm the hall was packed, and an agile, tall and slim Pancho Céspedes made an entrance sporting his new image. Having been away for 24 years from performing for his fans, he was quite nervous. He said so various times, plus it was obvious. However, that nervousness could not ruin the more than two hours of conversation, smiles, tears and – above all else – the songs shared with a public that welcomed him back with affection, sang along with him, and were all the while focused on making him feel comfortable. Pancho had come home.

This one-time concert was part of the Leo Brouwer Festival of chamber music that is celebrated annually between September 27 and October 12, in honor of the 75 years of life of this exceptional composer, conductor and musician.

According to Céspedes, this event will no longer take place in Cuba. Evidently his organization experienced more than a few stumbles. Only Leo’s will and his office could move him forward in this venture, but later productions – if they occur – will take place outside of Cuba. Pancho Céspedes was not stingy in his praise of Maestro Brouwer, who brought to fruition the singer’s wish to perform again before a major national audience.

Many individuals recorded the concert on phones, tablets and cameras, and there was television coverage, which surely will enable TV audiences to enjoy the concert later on.

The singer did not allude to his decision in 1990 to leave Cuba and, although nothing was mentioned in this regard, in a roundabout way he hinted at the long stretch that he was away from Cuba. Anyone could do a little simple math and figure out that it took six years to reunite with his wife.

Moreover, because artists feed off of sadness, depression and failure, those years of separation incubated his 1998 release, Vida Loca – his most successful work. Continuing our mathematical calculations, we conclude that it took Pancho 24 years to return to a concert venue in Cuba.

Céspedes needn’t have worked so hard to connect with the audience. His eagerness to do so at times caused a loss of elegance in his fluid exchange with the public between musical numbers. It was an unnecessary effort, for this artist oozes charisma and his vocal gifts for interpretation are outstanding, often approximating a murmured complicity.

Always in a public gathering there are those who leave a mobile device turned on, and even more than one telephone conversation could be heard in the hall as though in the caller’s living room. During such troublesome displays of our modern manners, such people even get annoyed if they are called to task about it. This – plus an indiscriminate use of modern, high-frequency LED lighting directed at the crowd (blinding us) – made for a less-than-perfect evening.

There was much emotion expressed by this artist who is a master of the minimalist stage, where the accompanying musicians occupied a discreet second place. Even an enormous stage like the Karl Marx’s was made intimate and cozy – even when a hypnotic spotlight focused solely on the singer, no other accoutrements in sight, was used a few times.

Ela O’Farrill’s Adiós Felicidad took me back to the time when that piece was taken off the air because it focused on selfish sentiments that were deemed incompatible with the building of a socialist society.

It’s hard to say which was the best part of the evening. The recordings were in high gear at the sounds of Señora  or Vida Loca, with the audience singing along word for word, but there were two particularly emotional moments. The first occurred with a most beautiful song (Átame la mirada) about how nostalgia makes us call faraway places by the names of places left behind.

The other was when applause turned into a standing ovation when Pancho announced the arrival of Pablo Milanés in his first public appearance since undergoing a health scare just months before. Pablo, also visibly more slender and dressed all in black, joined Pancho who by then had doffed his coat and untucked his shirt. Their duet of Esas Dulces Mentiras y Amargas Verdades was rewarded by another standing ovation.

Excellent soirée in the company of Pancho Céspedes, who – wise beyond his years – has gone on a long tour from where his life is to la Vida Loca. Or maybe it’s the other way around.