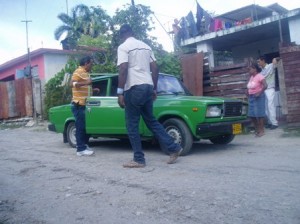 Note: This and other photos in this post are of State Security agents.

HAVANA, Cuba, June 2013, Lilianne Ruiz, www.cubanet.org — On every street in Cuba there are so-called “revolutionary vigilantes,” people who work independently for the Committees for the Defense of the Revolution (CDR). They meet periodically with an official from the State Security to inform and report on everything that is happening. But it is not a state governed by the rule of law that protects this complex apparatus of  surveillance and repression. State security in Cuba is a political policy meant to prevent political diversity and to guarantee the stability of the country’s sole political party.

As in the 2006 German film The Lives of Others, which had worldwide impact due to the historical period it portrayed, this secret agency relies on auxiliary divisions which are provided with the technical means “to be able to operate in a personalized way and to maintain effective control,” says Raúl Borges Álvarez, who until 1989 served as a counter-intelligence official.

“Sometimes there are people they cannot penetrate with an agent so they are controlled through technical means. Up until 1989 there were more than thirty departments in the General Counter-Intelligence Agency. One of those departments was the 21st, which is in charge of dealing with counter-revolution.”

As a result of the imprisonment of his son, Ernesto Borges Pérez, on political charges, Raúl Borges Álvarez got involved in protest activities, which gradually led him to become part of the island’s political opposition.

He reports that there is a department of visual surveillance, which in Cuba is referred to as K/J. It is involved in following individuals either by trailing them physically or through the the use of surveillance cameras, which are placed at nearby locations to monitor those who enter or leave a building, often an individual’s residence. 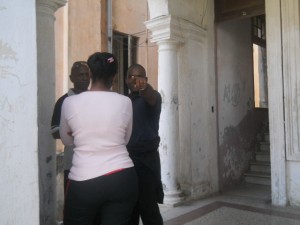 “They can even monitor private activities in order to blackmail someone with information about which he might be embarrassed,” adds the former agent.

Surveillance of correspondence such as mail sent to dissidents, also known as K/C, is handled by employees at 100th Street and Boyeros Avenue. This surveillance center is referred to as International because information from all over the world, as well as from inside the country, is reviewed here. The name of the “person of operative interest” is part of a list and the official to whom “the case” has been assigned is informed of the content of the correspondence, according to Borges Álvarez. “Later, copies are made of these letters and it is decided afterwards whether or not to send them on to the addressee.” 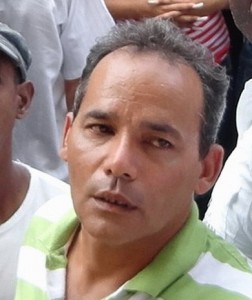 Telephone surveillance, or K/T, is carried out twenty-four hours a day. There they are analyzing everything that happens, and transmitting it. When it is communicated to the operative official “who attends the dissident” depends on how interesting the conversation is.

“This way they can disconnect it to block a telephone interview that might be reporting an incident to the foreign media, something that’s not reported in the national media because it is property of the State; they can frustrate a meeting; they can try to sabotage a political project; they can impede the organization of a protest to demand rights.  But above all,” he says, “they are privately studying the profile of that person, to then see how they can control him.  From trying to recruit him by means of intimidation and blackmail, to taking him out of circulation.”

Political police study individual profiles like a serial killer would

The appearance of State Security in the person of an official operative can signify detention, threats, loss of liberty.  All this complex, repressive apparatus that has as its objective the dismantling of efforts for non-violent change on the Island, tries to make believe in the first instance that rights do not exist. 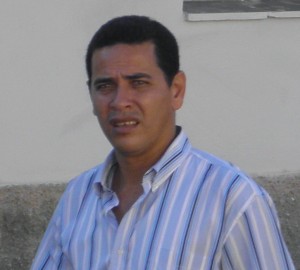 When that is not possible, given the determination of an opponent, they will try then to destroy him. You have to remember that one of the guarantees of the stability of a totalitarian system is maintaining on an individual basis a crisis of identity where the person decides not to take on initiatives that might contradict the views that originate from the top, in this case the “Revolution.”

As it deals with individual aspects like liberty, identity and the demand for rights, the political police, having studied the phenomenon of repression and submission (which was documented since the times of Lenin and Stalin), directs itself to the destruction of the individual.

The most scandalous thing is that in order to carry out the institutionalized rape of human rights in Cuba, the political police study beforehand the profiles of people, as would a serial killer who studies the routines, strengths, weaknesses, fears and hopes of his victims.

On the payroll of Department 21 are agents with violent behavior who are then recognized by the government with orders of distinguished service, rapid advancement, and perks. All those benefits, which stimulate cruelty, are obtained by carrying out arbitrary arrests, surrounding meeting places, doling out beatings which can leave subsequent complications and consequences, mental and physical torture and intimidation against opponents.

The ideological excuse for these abuses rests on the falsehood that those people who engage in politics far from the Communist party, or defend liberties and human rights, are “mercenaries and agents of imperialism.”

Some independent political and human rights organizations on the Island advocate the creation of new legislation that prevents the system and its agents from enjoying powers to seclude, detain, and punish human beings who persevere in their dignity and inalienable rights.