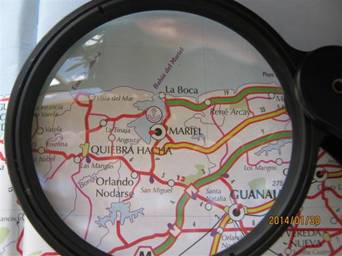 Taking advantage of the presence of foreign journalists, politicians, investors and numerous visitors on the occasion of the Second Summit of the Community of Latin American and Caribbean States, in the days leading up to it and even during the summit itself, the Cuban government has deployed a massive publicity campaign, using all the available media, about the so-called “achievements” of its socialism, particularly in healthcare and education, as a means of trying to attract foreign investment in the Mariel Special Development Zone, through continuous messages, interviews and statements, assessing their multiple advantages. Ironically, this port that was used in 1980 as an exodus point for 123,000 Cubans, is now offered by the same authorities to welcome foreign capital, tax-haven included.

The result of a collaboration between Brazil and Cuba — with the first providing capital and the latter direction the construction — the Mariel Special Development Zone is betting on the displacement in the region of super-vessels, once the expansion project gets underway in the Panama Canal, and the need for deep water ports, modern port facilities, as well as the location of manufacturing plants within the port properties, with special tax treatments.

Undoubtedly, the Brazilian investment is more for “the day after” than for the present, with the objective of assuring an important economic presence in the Cuba of the future. The current statements are only a part of the “third world stage setting” so fashionably right now, where it’s the style to resuscitate the heroes of independence, in order to serve as “moral guarantors” for the politicians.

Another element to take into account is that its importance will only materialize of the United States eliminates the sanctions currently imposed on Cuba, including the so-called “blockade.” Without this it would be very difficult to attract super-vessels to this Cuban port, and even more so the foreign investments in manufacturing plants, whose products could not be sold in the United States. And so it’s easy to understand: this is a gamble with a great deal of uncertainty.

If we add to this the possibility that the next president of the United States will not be a Democrat but rather a Republican, do to the loss of acceptance among the citizenry of the current leader because he has failed to fulfill many of his campaign promises, the panorama becomes even more complex.

In any event, the gamble is already made and here, fortunately, there is no stepping back, because the capital is Brazilian and also has its interests. It only remains to pray, cross one’s fingers and hope it comes to pass, because for Cuba, discarding for now the false illusion of finding oil, it’s the only potential economic effort that can help us overcome the crisis in the near future, as long as the benefits reach down to ordinary Cubans and don’t remain solely at the heights of power and those who surround it.