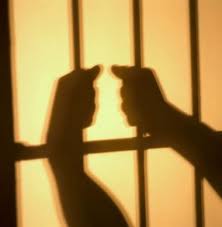 For some time I haven’t written for my blog, although I continue being grateful to the three women who, together with my attorney, have raised the flag in the fight for truth and justice: my venerated mother, my stupendous sister and my passionate wife. Today I decided to prepare these words before continue to deteriorate without knowing what will happen going forward. I believe it’s worth it to leave off writing until I know my current situation.

I started this hunger strike on 3 December of last year, suspecting that I would again face the illegalities of the Attorney General of the Republic of Cuba, violating the terms required by the Criminal Procedures Act. Let me make clear that my position is against the shameful conduct of his office, but I hold the Cuban government responsible for situations like these that occur when in its last speech emphasized it equal rights and duties for all, without exception, this from the body that is designed to ensure that expression, but that openly violates it.

Until now they have only given me the opportunity to observe their political hatred; bring a citizen of the United States of American that have seen me like the worst of criminal. I also perceive the cruelty against my person of the acting prosecutor, who clearly does not act alone, but who insists in denying me a change in the terms of my custody without any reason, supporting his opinion with the same reasons that originally put me in the provisional prison. The never existed facts to support such action, but today more than ever he holds onto his original reasoning.

The investigating body of Villa Marista and members of the Ministry of the Interior have expressed to me, on several occasion, errors of one kind or another, when led to my being charged with the alleged crime of trafficking in persons. They recognize and admit that they were wrong, but one learns from one mistakes. They tell me they will not ban my entry into Cuba nor the way it occurred. The conclusions of the investigator, then to widen the investigation, faced with the mandate from the Supreme Court [that I was not guilty] were reported to me, my family and my attorney.

Supposedly according to the investigator I entered illegally, when there is a report from the Institute of Meteorology of the Ministry of Science, Technology and the Environment, confirming adverse weather conditions in the straits of Florida, of which I was a victim. Moreover international laws are published through every means possible. For example, the International Code of Road Traffic indicates that a green light means go and a red light means stop, and this if valid around the entire world. If in Cuba there are exceptions to determined rules then they should be published in newspapers and magazines and made known to the outside world.

Ignorance does not exonerate you from responsibility but when it is beyond your control and impossible for you to know you should not be charged. If I have an illegal entry then everyone who arrived at an international port in Cuba does as well and if the objective is to justify the time I have been detained, there is no justification to detain me for one additional hour, when I have already exceeded the maximum limit of the sanction (3 years) for the supposed crime.

Why the is Prosecutor committed to the unjustifiable delay? What guarantees exist in the present for U.S. tourism? Doubts wash over me in the middle of this prison, I only hope that sooner rather than later, my most basic right is returned to me, which I never should have been deprived of.

“Respect is a right already won. Hatred takes away that right.”