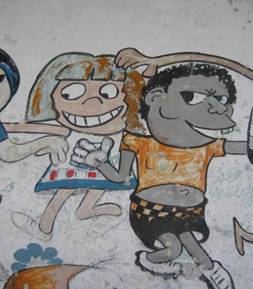 The mega-soap opera of the Five Spies, recycled as anti-terrorists and heroes, for years have occupied a lot of space in the national political programming. Structured for the seasons, in the best style of the soaps, they appear one after another, regardless of the actual audience. The main characters presented at the beginning as meek and innocent doves attacked by the imperial eagle, according to the season it’s broadcast, have been adapted to the arguments of the interests of the moment.

In the first season, the starring performances were given by the attorneys, some designated officials and chosen journalists, who were charged with trying to convince us of their innocence, constantly bombarding us with scholarly interventions and articles. In it, the main characters were kept discreetly in the background, with few public declarations, to give the impression that in addition to imprisonment, they were subjected to isolation.

In the second, they started to appear alongside the popular figures (mainly actors who visited them) and their mothers, where they looked lush and healthy, although on returning these people speak of the cruel physical and psychological tortures, the subhuman conditions, harassment, etc. and shed a tear to add spice to their words in the in the best style of the soap operas from the fifties of the last century.

The melodramatic weight increased from chapter to chapter, with the incorporation of the loving and long-suffering wives and daughters, who lost no opportunity for national and international stardom, both in print and on radio and television.

The third season was characterized by their recycling as intellectuals. It turns out that not only were they anti-terrorists and heroes, but also cartoonists, painters, poets and writers. The reason for this readjusted argument was given so they could incorporate national and foreign artists and intellectuals and to the cause, and it was necessary that the main characters belong to that sector. Cartoons, paintings, poems and writings proliferated, most of poor quality, despite the hard work of surreptitious cartoonists, painters, poets and writers, trying to improve the work and make them more digestible.

In this fourth season, with one of the main characters gone from the plot (he already served his sentence), the argument has moved on to the moral and altruistic, related to virtue, dignity, loyalty and courage. Thus, one of those who is still in prison, marvels at the attitude of a self-employed punch seller in Las Tunas, whom he welcomes and greets for offering free punch to the ambulances.

The one released, now acting as a hero at events (he has no other work), participates in whatever congress, conference, meeting or workshop held, and offers lectures on morality, loyalty, dignity, etc. to students and, out of sync with the times, talks to them about visiting the Coppelia ice cream stand, without realizing that this hasn’t been an option for young people for several years, more interested as they are in discos, hotels, trips abroad and private restaurants (paladares).

Together, with the participation of some artists from the Governmental Team Cuba, draw up a huge mural for the Cuba Pavilion on the Havana La Rampa, and so it continues.

We don’t know what they’re going to try in the fifth season nor those that will come later, but it seems that the mega-soap opera will be prolonged in time, considering that in the absence of some more interesting argument, they will continue stretching it out as a way to keep a part of the population entertained and make them forget more important and momentous things, at least until the boredom of “more of the same” runs its course. The argument, which is nothing original, has already been used multiple times. They are only changing the characters!