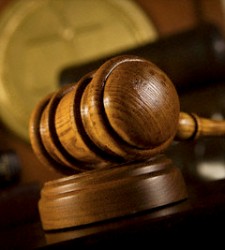 The Havana Court notified Maite Alonso Campanioni, wife of one of the 6 accused of killing Humberto Gonzales Otaño, a jeweler in San Miguel, last March 12, of the verdict which imposed sentences that ran between 2 and 35 years in jail.

According to the sentence, Pedro Valerino Acosta, 29, came up with the idea of robbing the goldsmith’s house, without specifying how much to the rest of the accused. As the mastermind of the crime of robbery by force or intimidation he was sentenced to 20 years in prison.

Jesús Daniel Forcade Portillo, 29, and Ramón Echevarría Fernández, 40, were sentenced to 35 years in prison for the crime of Murder. According to the court, on September 14, 2010, at about two in the morning, both entered the house of the jeweler with tools provided by Leonardo Rodríguez Díaz, also sentenced as an accomplice.

The court imposed on Rodríguez Díaz, 49, a sentence of 12 years in prison as an accomplice to the crime of robbery with force and intimidation, and for providing the methods and tools used in the assault.

The court came to the conviction of the guilt of Jesus and Ramon because their scent trails were found in the bathroom window, where the attackers entered, and on the ropes that tied up the victims.

Galindo Madan and Limonta Rojas, both 27, were sentenced to 2 years in prison for the crime of failing in their duty to inform. They did not participate in the crime, but they knew it was going to be committed.

The court also imposed on Valerino Acosta, Forcade Portillo and Echevarría Fernández the obligation to compensate the widow of the jeweler for the damages and injury caused, valued at 206,193 national pesos, and a payment of 68,731 pesos each, under the concept of civil liability for criminal offenses.

According to reports from the mothers of Forcade Portillo and Echevarría Fernández to this reporter, Mrs. Esther Fernández Almeida, the widow, left the country. They say further that, during investigations, the jeweler’s wife also received permission to leave to go abroad. However, she testified at the trial.

The investigation was conducted by the Territorial Division of Investigations (ITD) of the capital and the First Criminal Chamber of the former Audiencia de la Habana undertook the prosecution. Its president, Judge Greta Vila Bernal, in a fit of hysteria, expelled the relatives of the accused during the conclusion of the hearing, for applauding Aracelis Milian Ruiz, defense attorney for Galindo Madan, who requested the immediate acquittal of all the accused.

Translator’s note: Earlier reports of this trial, where Laritza explains her doubts about the guilt of any of the accused, and her suspicions regarding the jeweler’s wife, are here, here and here.