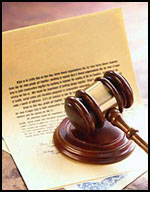 On the tenth of January 2006, the Provincial Court of Las Tunas condemned Ramos Utra to 20 years in jail for the rape of a six-year old girl. The accused, 46 years old, declared himself innocent. Nevertheless the judge sentenced him convinced that “the facts occurred in this way and no other, according to the testimony of the minor”.

The victim recognized as hers underwear found in the home of the accused, with which she was supposedly tied and gagged. But the investigation found no physical evidence corroborating that it was this underwear and no other, that used in the crime.

According to judicial authorities, the convicted took advantage of his having found himself alone with the child and “giving free rein to prurient impulses, penetrated her, performing movements pertinent to the act”. The following day, the child told her mother what had happened and “she alerted the authorities”.

It turned out to be credible to the judges that although and when the accused had “aberrant desires”, it was the child alone who presented with raised fissures in her genitals, unnoticed by the mother who did not suspect what had happened.

Although three witnesses testified that the accused was not alone with the minor at any time, they were dismissed by the Court “not for being favorable to the accused but for showing a marked interest in helping him” the judges confirmed at the time of sentencing, when they also threw out a laboratory test that affirmed that there was no match between the semen found and the blood of the accused.

The lawyer for the defense proposed a DNA exam of the underwear that the minor was wearing on the day of the crime. The judges denied this and validated what had been declared by a police investigator who assured a match between the semen and the blood type of the supposed guilty, insufficient evidence in any just legal system, to overturn the presumption of innocence of the accused

Cuban judges judge sheltered in a “free” assessment of the test. A flawed assessment allows that “you may arrive at any decision but justify it well” according to the President of the Chamber of the Court of Havana which conveys its “insights” to the less experienced. In this manner, the accused must bet on the good faith of those who judge them.

“A delayed examination of DNA, beyond 24 hours, successfully revoked a wrongful judicial finding in the United States, in the case of one sentenced to life imprisonment for sexual assault” according to a press release published in the official press Granma on the 12th of December, 2005. More than 160 people have been freed thanks to the test, in this country.

Ramos Utra has slept more than two thousand nights in prison and insists on his innocence. The possibilities that a trustworthy laboratory analyzes the genetic information of his blood at this point are zero. This is because the Court ordered the destruction by burning of the underwear containing the semen and the panties found in his home.