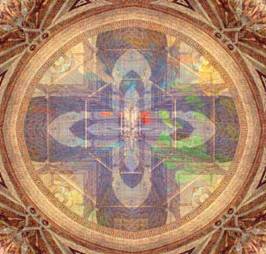 Getting two Cubans to agree is more difficult than getting an Israeli and a Palestinian to agree. When it gets complicated is when you have to get several to agree. Historically, this has been one of our great defects. The Ten Years War failed to achieve its objectives, not only because of the push by Spanish troops, but mainly because of the divisions within the insurrection.

During the Republic, many important political projects failed because of existing divisions. Divisions ended the so-called Revolution of 1933, making it into a farce and, in more recent times, divisions destroyed the Orthodox Party, after the death of Eduardo Chibas, leading to the coup d’etat of March 1952.

What’s more, during the Batista dictatorship, divisions liquidated any possible of a peaceful solution within democratic canons, and led the country to violence.

There were also divisions among those who carried out the insurrection, although now they try not to speak or write about them. Perhaps that is why, once they assumed power, the new authorities imposed a single point of view to which everyone had to submit, without discussion of any kind and, in addition, with unconditional and unanimous support.

This has continued for fifty-six years and constitutes the false unity celebrated by the government.

Now, on the eve of the physical disappearance of its principal authors, dooming the country to an urgent and necessary change, the divisions return and begin to manifest themselves, even in the new generation of political actors. What a shame!

The only time we’ve been capable of civilized discussion, in a democratic atmosphere and leading to wise conclusions, was during the Constituent Assembly for the drafting of the 1940 Constitution. This happy event has never been repeated.

It seems that we Cubans can’t put aside our divisions. It’s our way of living in society. We don’t learn from the mistakes of the past. The present and immediate future, with this deadweight, are complicated and place the Nation in a very dangerous situation where anything could happen, for good or evil. As my elderly neighbor says: “May God take us confessed!”*

*Translator’s note: An expression referring to a sacrament of the Catholic Church, it expresses a hope to die in a state of forgiveness having just confessed one’s sins and been granted absolution.