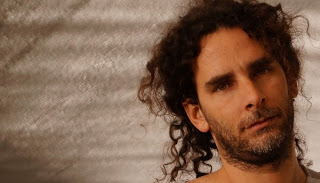 1 I, that had no motherland, have lost my motherland.

2 The motherland is, of course, the place where your neighbor will mourn over your dead body.  3 And, I never wanted this. 4 I resisted from the time I opened my eyes and saw.  5 Everything was so ugly, so false, so Cuban around me. 6 That I never wanted to give them the only thing that made me good and real. 7 My body.

8In the silent night of childhood. 9 In the fading light of adolescence.  10 In the early mornings being nude on stairwells and neighborhood alleys. 11 In the youth devastated by the nightmare of the 1990s. 12 In the two thousand-nothings when all who were to die had died and love still had not shown up. 13 Now. 14 When I want the least to be mourned in my country or to have a street named after me in democracy.

19 Life is too much of life for it to be humiliated by death. 20 If life ends in a wake, then it was not worth living it. 21 Life opens to life or it will never be life at all. 22 I wish to live.

23 I am going to repeat it slowly because these are two verbs that we Cubans did not know how to execute from that arrogance of beings living in freedom: to wish, to live. 24 We Cubans, who massacre each other in that mystic rapture called Motherland to achieve our most heroic state of slavery.

27 Cuban politics is the organ (what a creepy word: organ) in charge of diplomatically avoiding these two vital verbs, to have them forgotten through pure patriotism and terror, to manipulate them in its image and convenience to cheat us out of our time and humanity. 28 That is why the people does not exist. 29 Because it has no body, just mass.  30 Because we fuse as a whole, as a something, as a living organism. 31 Because we are that: scattered organs. 32 Decrepit 33 Lifeless viscera.

34 That is why the Revolution and Castroism will have no day after. 35 It is impossible to resuscitate what has not even died, but continues to live in perpetuity.  36 An unlivable life.

37 The lyrics of the National Anthem are foreboding in that sense. 38 A macabre song, of incarnation of Evil in men and women who were already departing and in those who were yet to come. 39 Demoniacal march, just like the sight of its author on a horse in the outskirts of a city that should have been capital and ended up being holocaust. 40 Mortuary music composed precisely on a Horse*, apocalyptic beast that in less than a century will implement that same anthem to its last poetic consequences.

41 Poetry, and not Cuban politics, has been the main genocidal compulsion in what was on the verge of being my country. 42 Cuba, scaffold.

43 The word “motherland” is not better than the word “impiety.” 44 Someone had to state it for you, Cubans. 45 The word “hope” is not sterile, but breeds sterility exclusively.

46 On the claustrophobic line of the horizon 47 In the planetary twilight of the one thousand nine hundred and fifty-nine exiles. 48 In the bodies abandoned in the stampede. 49 In the love promptly betrayed.  50 In the invisible beauty. 51 In the family that vanished.  52 In the weightless home. 53 In the Cuban body constantly constrained to the cadaver that is going to inhabit it.

54 Men and women of my country, I have loved you from the distance of the most intimidating inner space. 55 From these trachea and intestines I have seen things that you, Cubans, would never believe.

56 Mercy is not enough. 57 You, that never had a motherland, will never lose the motherland. 58 And that pain is unspeakable.

59 May you remain, then, in the posthumous peace of my words.

*Translator’s note: From Spanish “El Caballo,” “the Horse,” one of Fidel Castro’s many nicknames among Cubans.  It denotes masculinity and vigor, and it is deeply rooted in that Cuban tragicomic “machismo.”