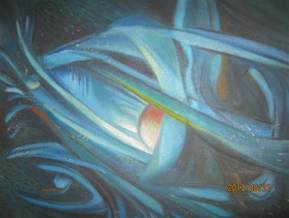 The magazine Palabra Nueva (New Word), of the Archdiocese of Havana, in the section dedicated to sports, apart from analyzing the current situation of the different disciplines in the country, is doing important work in rescuing figures forgotten or disqualified by the official press, due to what they practiced before January 1, 1959 (the day of discovery, because the 2nd was they day Christopher Columbus arrived, as a poet friend likes to say), or continued to practice after they were out of Cuba, without links established with the new authorities.

It also informs us about the current Cuban athletes, not belonging to the “government stable,” who triumph in the different countries in world sports, in baseball, as well as football, boxing, swimming, volleyball, basketball, wrestling, athletics, etc., who, despite the narrow political opinions of the authorities to marginalize them, and even the absolute silence around them, declaring them non-persons, are as Cuban as those living on the island, and are also a source of national pride.

No country in the world rejects their children, living wherever they live and succeeding wherever they succeed, because they are an indissoluble part of them, independent of their political opinions and their acquiring, or not, another nationality in a given moment. Luckily history, despite the opportunism and cowardice of some of those who write, always places everyone in their rightful place. It’s all a question of time!

Thus, in a not too distant future, our sports stars will be together with athletes from before and today, from inside and outside, receiving the same respect as citizens. For now, we are grateful to Palabra Nueva for what it does, showing that in sports, too, we are one people dispersed across many shores, all of us valued and honored.