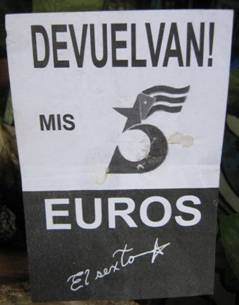 Lately Cuban sports officials, and journalists who cover the subject, commemorated with great fanfare the fiftieth anniversary of the ending of Professional Baseball in Cuba and the creation of so-called Revolutionary Baseball. They also talk about going from Slavery Ball to Free Ball. I should clarify, for those who do not know, that here in this sport is called either “baseball” — pronounced similar to the English word — or “pelota,” which means “ball” in Spanish. As words are often used for convenience, not taking into account their true meaning, it is good to clarify some details. 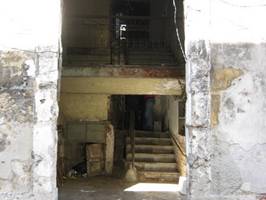 Does calling it the term they created — Revolutionary Baseball– mean, perhaps, that the Professional version was Counterrevolutionary? In any case, it would have been correct to call it Amateur or Hobbyist but, of course, they couldn’t: all the players were professional, because what they were doing was practicing full time, receiving their wages for it, though at first, for the purpose of international deception, they were put on the payrolls at other workplaces, where they never showed up.

It was a common practice in the socialist countries to say that all their athletes were amateurs or hobbyists, and to present them to international competitions, with a clear advantage over the true amateurs or hobbyists. This still holds, but salaries are now paid directly by INDER (National Institute of Sports, Physical Education and Recreation). It is fortunate that it hasn’t occurred to any dogmatic person to call it Marxist Baseball. Perhaps it was even proposed!

Slave Ball and Free Ball deserve a separate paragraph. The teams called Slave Ball were teams (clubs) who had owners (Havana, Almendares, Cienfuegos, Marianao, National League, and Cubans Sugar Kings in the Triple A), who hired the best players to join them, paying them substantial wages , which allowed them to enjoy a high standard of living, home ownership, car, travel, and so on. In addition, the player signed a contract with the team that suited him, it was in the National League as in the leagues of other countries, including Triple A and the majors, with no limits on their development and prosperity. They could travel and live wherever they wanted.

In the so-called Free Ball, the athlete belongs to INDER, who places him on this or that team according to its interests. He is not allowed to play in other countries and much less in the United States, on pain of being declared a traitor. His salary is poverty-level, compared with players from other countries, and the conditions of transportation, lodging and food to make the games are precarious, as has been admitted by the sports press officer on several occasions.

The maximum ceiling is the athlete in Cuba who joins the team for international competitions, provided he or she meets the required political and ideological conditions. In baseball, a sporting career ends in the National Series, when the players retire to make way for younger athletes. This limits the real possibilities of achieving a place in the world history of baseball, because performance, even participation in international events, is eminently national, where there isn’t even a Hall of Fame. Imagine, for a few seconds, if the great stars of world football could only play in their countries and on their own national teams. This absurdity is maintained in Cuban baseball!

To close we might ask: What, in reality, is Slave Ball and what is Free Ball? As you see, you can not pay much attention to all the words they say and write.