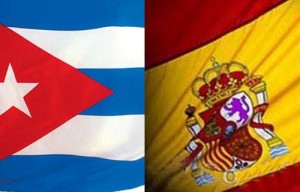 HAVANA, Cuba, December 2013 www.cubanet.org.- Some insist on denigrating us based on the longevity of the Castro dictatorship and our supposed inability to free ourselves from the yoke.

It is noteworthy that our most stubborn critics tend to be Spanish, which demonstrates not only faulty historical memory, but also the persistence of the type of the controversial love-hate relationship between Cuba and Spain, born centuries ago between a small colony that was able to thrive and generate great wealth thanks to Cubans’ tenacity, talent and labor and a decadent metropolis that -though one day it managed to own an empire “on which the sun never set”- never stopped being one of the poorest and most backward countries in Europe, an encumbrance lingering to date. 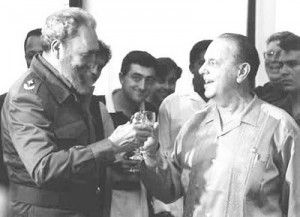 Perhaps the loss of Cuba in 1898, which marked the end of the once-great empire in whose dogged defense Spain squandered more resources and young Spanish lives than in the rest of the independence wars in other parts of Latin America, left a mark in its national psyche as the failure of the last stronghold of the Iberian symbol on this side of the Atlantic and the blow to her pride, finally defeated by the intervention of a nation that always valued work and technological advances more than titles of nobility, crests and coats of Arms: the United States. 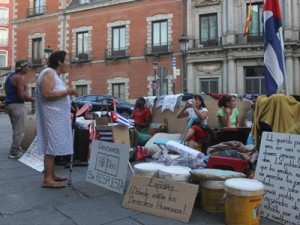 Of course, the political incompetence of the Spanish crown back then is not attributable to her people, and the long years of Franco’s dictatorship is not a reflection on some type of handicap or limitation on the part of the Spanish people, with their share of repression, persecution of dissidents, executions, censorship, cult of the personality of a leader with alleged extraordinary capabilities and all the other ingredients typical of dictatorial regimes of any ideological color which ended only after the natural death of its leader.

The loss of the lives of tens of thousands of Spaniards due to massacres or executions, imprisonment and exodus were the dictatorship’s initial branding. 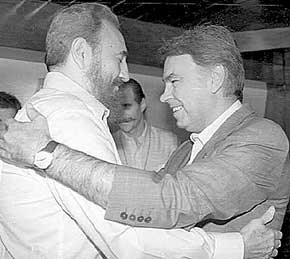 In the decades following permanent emigration the number of individuals reached almost one million, whose family remittances, in addition to foreign capital and tourism, became the main factors for Spanish economic growth from the 1960’s, with the added benefit of taxes that enriched the dictatorial power. Any similarity with the current Cuban reality is not purely coincidental.

There are many more similarities than differences between the dictatorial processes of both nations and the suffering of their people than the differences having to do with individuals. For these reasons, the disregard of Cubans by certain Spaniards turns out to be so surprising, and their imaginary civic or moral superiority is even more inexplicable.

Complicity with the regime

Perhaps it would be more consistent that those detractors who currently aim to lecture Cubans on democracy, the ones who approach us with offensive condescension and even attempt to instruct us on what we should do to overthrow the Castros’ regime, be responsible for thrashing Spanish entrepreneurs who invest their capital in Cuba, thus supporting the continuation of the dictatorship and the exploitation of Cuban employees and mocking the efforts and sacrifices of generations of opponents and the democratic aspirations of the majority. 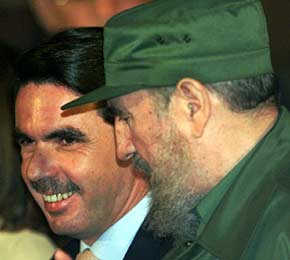 That way, while taking advantage of the opportunities offered by democracy, they could be held accountable to many of its politicians, whose tolerance and even complicity with the regime of the Island has led them to smooth and elevate the path of the olive-green satraps in major international settings because no Spaniard who believes himself a free individual should keep silent or accept collusion with a dictatorship. Spaniards, least than anybody else, since they had to pay a high premium for the rights they enjoy today, and because they know that, under Franco, even the ideology of “the outraged” could not have been possible.

It’s possible that Cubans may still have a lot to learn about civil and democratic matters, let the intransigent Iberians who feel tempted to judge remember that it is not dignified for a proud nation to preach in her underwear.