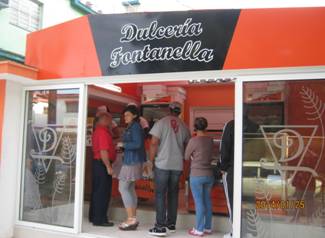 Recently I have visited some neighborhoods of the city, dodging puddles of putrid water and cave ins, in search of the real situation of private and state businesses.

the first, despite the abusive taxes and absurd regulations, they are developing successfully, some more than others which is logical, depending on the initiative and expertise of their proprietors, and every day new ones appear, filling with life the spaces vacant for too long in our city.

They reflect Cubans’ creativity and desire to triumph, presenting nice, modern, clean, well-lit places with quality offerings and good service, despite the fact that, for the most part, their prices are out of reach to the ordinary Cuban, which makes them elitists, because their customers are mainly — in addition to foreign residents and visitors — the citizens who enjoy a more comfortable economy, working in areas where freely convertible money circulates, or receiving remittances from abroad.

This situation, which has to do directly with the low wages, the existence of two currencies and the lack of wholesale markets, influences what can’t be enjoyed by most people, even if they are pleasant and welcoming oases. 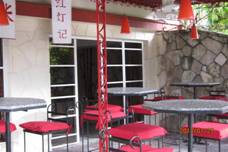 The second, in crisis for years and even before the competition from the first, every day emptier and sadder, are a striking example of the failure of state commerce, despite its enjoying full support from the authorities. Disagreeable, dirty, poorly lit, with low quality offerings and bad service, they try to subsist in a city that has already rejected them.

It would be desirable for the authorities to finally understand that the stagnant state commerce can’t complete with the private, and decide to open to the gates that limit private expansion and, without so many limitations and prohibitions, allow them to solve the problems unaddressed during years of inefficiency.

I’m referring to shops, markets, snack bars, restaurants, candy stores, hair salons, barber shops, movie rooms, bars, laundries, repair shops, dry cleaners and others, which today languish in state hand, even if many of them offer their services in hard currency and, those who do so in Cuban pesos, even raising their prices, those which in private hands would show an entirely different face.

Anyway, sooner or later it will happen, and delay because of political stubbornness benefits neither the state nor the citizenry.