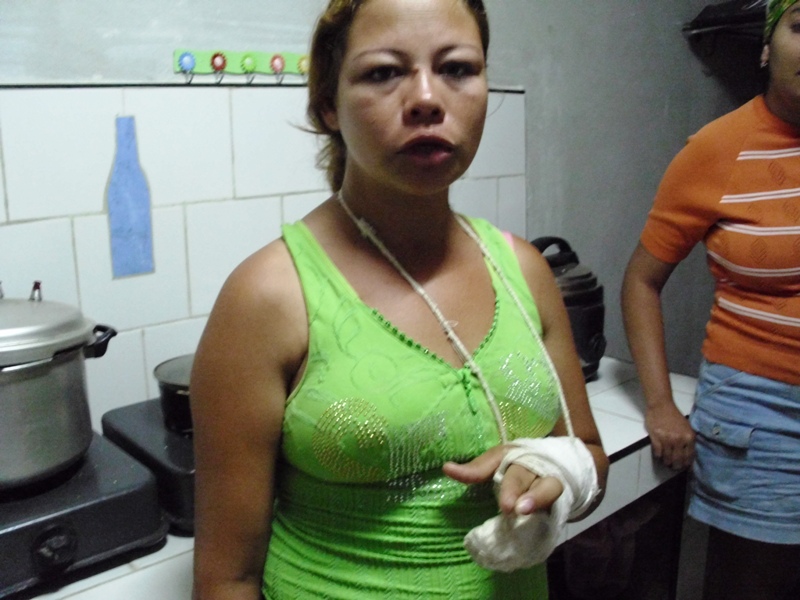 The authorities of Las Mangas Penitentiary in Bayamo are prohibiting that the Cuban political prisoner Ariel Arzuaga Pena, who is serving a sentence of 6 years for the supposed crime of double attempt, receive his medications, according to his wife, Lady in White Yakelin Garcia Jaenz.

“Since the beginning of April, Ariel has not been able to take his medications to treat his pharyngitis and chronic gastritis. He has also not been able to take Captopril for his hypertension”, his wife, notably emotional, told me via telephone during a conversation. She told me that the culprit of the refusal of medicines is the operational official from the political police known as Major Yoel, “who is in charge of all the orders made by Ariel, but is also in charge of imposing limits of restriction in order to strip him of all the literature he possesses”, said Yakelin. She also explained to me that the books they have confiscated from him dealt with Christian and environmental issues, and other works of a non-political character, which are prohibited in Cuba.

Yakelin told me that, thanks to the call of a prisoner who phoned in from the prison, she found out that Ariel still had no medications on April 8th. In addition, a group of other prisoners shouted insults at him, as instigated by the political police of the penal ward. According to Garcia Jaenz, this happened because Captain Hector removed the phone dial of the prison and, when the prisoners asked about this, he said that it was due to “the rebellious posture, the counter-revolutionary stance of Arzuaga”. As is logical, this provoked various aggressions from other recluses against Ariel and not against the ones who really are the culprits.

Mrs. Garcia Jaenz is still suffering because of the carelessness of the Provincial Fiscal Office and from all the manipulations of the political police in the city of Bayamo, which, in addition to the instigations against her husband, they also impede her from participating in activities with the Ladies in White. Because of this, she has been beaten and harassed by paramilitary Rapid Response Brigades and has been arrested arbitrarily for various hours, despite the fact that she is the mother of two small children.

This woman demands, before people of solidarity, that her voice be heard “much stronger and much farther”. She asked me this, almost desperately, a few days ago and I told her that “a piece of this blog is now yours”. I have put it on Twitter and various cyber-activists have already joined in solidarity with her, Retweeting each message.

Sometimes a call of consolation reminds us that we are not alone. Her phone is 53401221. If we send her a message through Skype or Free Call, reassuring our support, then that helps. And a lot.

To my reader friends who share this blog as their own, to those who have 30 spare minutes, let us send messages to international organizations such as Amnesty International and Human Rights Watch. Send this post to other blogger friends and independent journalists, in and out of the island. A pat on the back, an extended hand to show some human warmth, the gesture… she needs all of that right now.