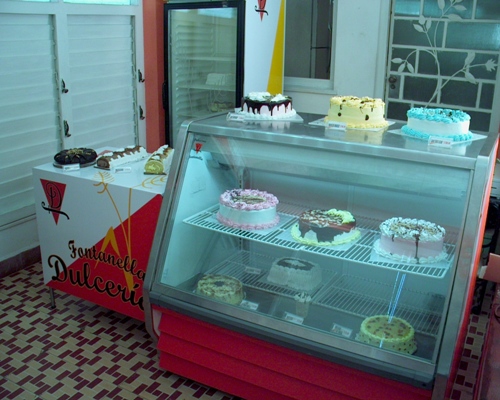 Like anyplace else, a successful business has many ingredients. Here many have failed because they engaged in activities they knew nothing about. But others prosper, become very visible, and then fall under the evil gaze of those who would give up an eye if they could see a neighbor get screwed over.

A quiet street of Nuevo Vedado had frequently become jammed with people, all wanting to buy at La Fontanella, a bakery that began modestly but then put up an eye-catching lighted sign. What began as a business in part of a house became exclusively a factory and sales outlet, with rotating shifts, open to the public from nine in the morning until nine at night.

Such prosperity drew attention and/or aggravation, and Monday dawned this week to find the business closed. The commentaries are various: stolen flour; workers walking off; problems with the ownership of the old family home, now converted into a bakery. The truth is that La Fontanella had become a troublesome twig on that bonsai which Minister Murillo, and the updating of the economic model, had designed to be kept well pruned.