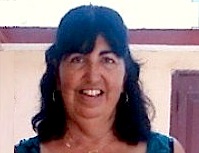 HAVANA, Cuba, December 2013, www.cubanet.org. – Guadalupe Bustos left Houston, Texas on November 27, enthusiastic about her upcoming trip to Cuba. But she didn’t know that she is on the “black list,” delivered to the Miami airport authorities by the Cuban Immigration Office, with the names of Cubans who are forbidden, for political reasons, from returning to their country.

Lupe, as she is known to friends and family, traveled by car from Houston to Miami. She was loaded down with gifts for her family and many friends in Cuba. Some are human rights activists and political dissidents. But she also has brothers and nephews waiting for her. One of her brothers is recovering from a complicated operation and, because of his advanced age, Lupe’s first priority was to visit him.

She arrived in Miami on the 28th. She could barely sleep that night, thinking about everything that she would be doing within a few hours. Early the next day she left for the airport. Upon arriving she presented all her papers in proper order: her U.S. passport, Cuban passport, and return ticket. At the airport they gave her the well-known “Cuban entry card” for her to fill out later, on the plane.

She still had her papers in hand when an airport official hurriedly approached, asking the employee at the window to point out the one named Lupe. Upon being told he said:

“No, stop her luggage. Cuban Immigration just called; they said that she is denied entry for failure to comply with ’immigration requirements’.”

In an email interview Lupe said:

“I was floored. I talked to the man and he put me on the phone with the head of Cuba flights, who had received the call, and I told him I needed them to explain to me which ’requirements’ I did not meet, and if this were true, then why they had not advised the travel agency and stopped me from buying the ticket, something that the agency itself says that it can’t explain, because when a person does not have permission to enter they must communicate this before the passage is booked.”

The Cuban immigration authorities did not respond to any of the emails sent by Lupe:

“The Cuban government has prevented me from entering my country, my homeland, without any basis, without setting out a single argument against me, as the law requires.”

And she points out:

“They are a disgrace to the world, acting like this to protect their policy of totalitarianism, of opposing all desire for change, for freedom, for improving our people. But I also believe that they are not the owners of a land, and of a history of emancipation that dates back many years. They are not the owners of the children of Cuba nor their dreams of freedom.”

For years Lupe has maintained her solidarity with the Cuban democratic movement. She is the mother of Ernesto Hernández Bustos, editor of the Cuban-affairs blog Penúltimos Días.

The government ban to keep her out of the country coincides with the approach of December 10. Historically that day in Cuba has been characterized by an increase in arbitrary arrests carried out by the political police in order to prevent the celebration of World Human Rights Day, and to impede the emerging civil society.