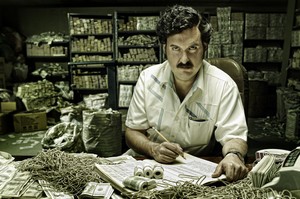 For the last thirty years Cuba has been a big market for foreign soap operas and mini-series. When state television decided in the 1980s to broadcast the Brazilian telenovela, Isaura the Slave, it ignited a great national passion for melodramas. During evening hours Brazilian telenovelas, almost all produced by Globo TV, alternate with melodramas produced in Cuba.

The audience is in the millions. It is not just bored housewives and retired people who enjoy them. There is a wide range of professionals, poor people and baseball fans who sit down to watch the Brazilian series, which extend for one hundred episodes or more. Because of the impact mini-series and soap operas have had, and given the limited financial resources available, TVCuba offers a wide line-up of foreign programming on its four television channels.

Some 70% of Cuban television programming comes from overseas. Almost 90% of films are from the United States. Because of the trade embargo these are broadcast freely without any worry about having to pay royalties. Of course, if anything deals with a Cuban theme in a way that the government considers offensive or tendentious, its distribution is prohibited.

Enter the vendors who sell pirated CD’s and the thousands of people involved in the business of renting telenovelas. For only five pesos a day (the equivalent of a twenty-five US cents) you can rent programs from TelevisionMartí that showcase comedians who have left Cuba, or Oscar Haza interviewing military officials, spies and deserters.

You can also rent Colombian soap operas that deal with drug trafficking such as The Cartel of Informers or The Dolls of the Mafia, which for reasons unknown are not broadcast on state television.

Right now the most popular new show in Cuba, especially Havana, is a mini-series on the life of the drug trafficker and head of theMedellín cartel, Pablo Escobar. The series, El Patrón del Mal (The Boss of Evil), is also a Colombian export. It was produced by Juana Uribe, whose mother,Maruja Pachón, was kidnapped by Escobar, who also masterminded the assassination of her uncle, the politician Luis Carlos Galán.

This is one of the reasons that led Uribe and Camilo Cano – son of Guillermo Cano, editor and journalist for the daily El Espectador, who was killed at gunpoint by hitmen on December 17, 1987 inBogotá – to buy television rights to the book,The Parable of Pablo Escobar,by Alonso Salazar, a writer and former mayor of Medellín.

The series has 63 episodes and a market share of more than 60% of the viewing audience in Colombia, where it became very controversial over concerns that it idealized the life of a drug lord. It is one of the most ambitious and expensive productions ever made, with each episode costing more than $170,000.

Since July it has been broadcast in the United States from Monday to Friday on Telemundo. Those involved in the business of renting films, TV series and telenovelas copy programs from illegal cable antennas, which have sprouted like flowers over the entire country. “I have up to episode 44, but my customers are impatient and have managed to get hold of every episode,” says Roberto, who sells pirated CD’s along an avenue in Havana.

A formidable competitor like the Olympic Games has not keptEl Patrón del Mal from circulating at full speed through the Cuban underground. The Colombian actor,Ángel Parra, brilliantly embodies the role of Pablo Escobar. Some episodes deal with alleged business ties between Escobar and the government of Fidel Castro and the Sandinistas in Nicaragua.

“Perhaps this is why it is not being broadcast on national TV. The references to Cuba have generated a lot of interest among young people, who have no memory of the summary drug trafficking trials of high-ranking military officials such asArnaldo Ochoa y Tony de La Guardia,” says Eugenio, who rents out films and telenovelas.

The series’ screenwriter, Juan Carlos Ferrand, has said that ninety percent of the what is portrayed is based on actual facts. As a result the spectre of complicity of the Castro government with international narcotrafficking has been brought back to life.