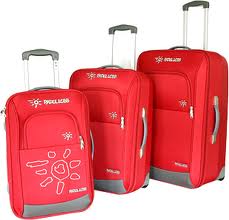 There are expectations on Cuba’s “multiple shores” regarding the new immigration law that the government of Raul Castro is working on. It’s not the first time we’ve heard about it; it’s already been alluded to more than once and the news has leaked out that it is in advanced stages. I wonder how much so. Because there is a precedent in a “memo” published by a news agency a few years ago about the sale of Russian Lada cars, which turned out to be a fiasco.

It’s likely that this trick to learn about public opinion on a topic is part of the strategy of the administration that took the helm in 2006. It’s a recourse that is becoming repetitive and that arouses suspicions. Perhaps he’s waited so long to make reforms that now he turns to tactics to tranquillize and entertain the population in order to gain time for his team to move the pieces of the legal framework to arm the new puzzle. How to return to Cubans the travel rights they enjoyed before 1959 that were violated? Therein lies the dilemma.

They have scammed us so many times for so long that people wonder whether the new measures won’t also be saddled with restrictions. Most of the people you talk to about the issue display their skepticism regarding a right. If they don’t publicly and legitimately respect all the rights of Cubans, it would be discriminatory, unfair and misleading — repeating the historic error of droit de seigneur in the matter — leaving it to State’s different agencies of control to decide what to implement and what not to.

Thus, they would establish a legislation of doubtful guarantees of the capabilities and dignity of Cubans in opposition, relative to the known and accepted norms of the international community, in which they selectively support the authorities when and how it corresponds to their interests.

On the other hand, Cubans need to be educated on this fundamental topic to establish a culture of rights in our society — contrary to the intolerance and outrage fomented — and this is achieved by recognizing and respecting everyone. This happens, as is natural, by implementing human rights, which are inalienable and indivisible and which the government has “no right” to continue violating. They cannot legitimize some few without transgressing others.