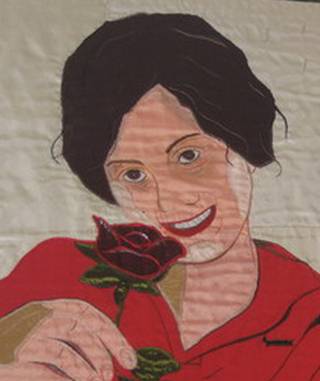 Mother’s Day is a custom that has been practiced in our country for generations. It continues to be celebrated, though differently and under certain limitations, in spite of the current state of familial disintegration. The main objective of the celebration was to return to the matriarchal home to be with one’s family. It never mattered how far one person lived from another.

I remember a great commotion all through the house beginning early in the morning. Even the youngest family members had their assigned chores. Unmarried girls like me, who still lived together under the same roof, were in tasked with cleaning. The males were in charge of gathering dried leaves from the garden. They would put them in a metal tank in the patio to become compost, which would later be used as fertilizer. Or they would burn them, which was an easier way of getting rid of them. The women manned their posts in the kitchen. The maid had been given the day off since she would also be having a celebration at her own house.

On Sundays, as well as this on this special day, my mother, an expert cook, was in charge of creating the menu with the help of my grandmother. Uncle Pedro had to be kept out of the kitchen because he was fond of “dipping his spoon in the pot.” He was, therefore, given the task of setting up the big table with the help of his son. For this and other occasions a “little room in back” was used for storing a pair of wooden burros, or saw horses, and an immense slab.

Around noon members of the extended family began arriving. The first to get there were some uncles whose house was across the street, followed later by those who lived further away. Everyone, both children and adults, wore either a red or a white flower on their chests. The former signified the mother was still alive, the latter that she had passed away. This custom evolved as a way of preventing someone from “putting his foot in his mouth” by inquiring about a mother who was deceased. Fortunately, at that time almost everyone in our house wore a red flower. In the afternoon we were joined by other family members who, because they lived a little further away, did not join us for lunch. They nonetheless stopped by to pay their respects to the mothers, who on that day were the queens of the party. By evening, with all the family members and close friends, we were a multitude!

The superb lunch almost always featured a chicken, which back then was reserved for the Sunday feast. During the rest of the week we ate beef, prepared in one of its many different ways. It was the most common dish simply because it was both economical and good. The exception was Fridays when fish was generally served. Pork, guinea hen and turkey were the preferred choices on Christmas Eve, Christmas and New Year’s.

One of my mother’s culinary specialties was her always superb arroz con pollo, which on this day she served on big platters garnished with pimentos, asparagus tips, baby peas and hard-boiled eggs, prepared according to a famous recipe. There were also salads made with seasonal vegetables. And, of course, one could not forget to have a nice cream cake as well as the famous ice cream cake covered in chocolate, which came in a box packed with dry ice to keep it frozen until serving time. The climax of the lunch was the invariably delicious coffee, which my grandmother often said was the “crowning touch” to any meal.

Later in the evening, after almost everyone had left, Uncle Pedro (to avoid cooking) prepared wonderful sandwiches. He would spread one side of a baguette with butter and the other with mustard, adding slices of ham, chorizo, cheese and rounds of pickled cucumbers. There were two blenders in the kitchen similar to the ones found in cafes (there were a lot of us) in which he prepared delicious mamee or mango shakes, depending on the season. The fruit came from trees growing in the patio behind the house.

Today, so many years after that wonderful time in our lives, I am struck with nostalgia remembering those Mother’s Days with their Sunday lunches. After 1959 they were snuffed out, little by little, as our family became fragmented — as was the case with almost all Cubans — when most of us went into exile. Many of the products needed to prepare those feasts also began disappearing as a result of state intervention in private business and salaries which were no longer sufficient to cover their costs. Add to that the ever growing transport problems which prevented those who lived in other provinces from attending the festivities. Like a grey blanket, sadness began shadowing these family events from my childhood and adolescence. The houses became practically empty. No longer did anyone wear a flower on the chest out of either happiness or sadness.

This is just one more of our lovely Cuban traditions, which have gradually disappeared along with our youth and illusions. Fortunately, they went into exile along with our compatriots, who continue to practice them there. Because of this I have hope and am certain that one day they will return — perhaps a bit modified, but enriched — to fatten our cultural imagination and currently meager culinary repertoire.