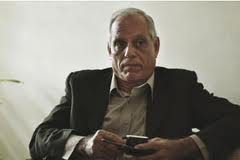 The questions mount up in the criminal case of the celebrated writer Ángel Santiesteban leaving the legal officials in Cuba looking very bad in terms of transparency and legal techniques and leaving us with a certain taste of injustice. The case is a good demonstration of that and gives rise to something which in the past used to be unacceptable to legal practitioners; deciding a penalty while doubts persist.

IN DUBIO PRO REO (the accused has the benefit of any doubt) is what they used to say, but this seems to have been excluded from Cuban legal practice.

In criminal law and criminal procedure, the events which give rise to offences normally focus, in terms of process, on two basic aspects:

Let’s start of by indicating some of the irregularities (there are more) in terms of grounds of fact which are evident in this complicated and lengthy business;

The only direct evidence shown in the process is that of his ex-partner, who is the one accusing him. But what we have ended up with is that during the various declarations offered by her in the long-drawn-out preparatory stage, the accusation has repeatedly changed, to such an extent that the Prosecutor had to disregard and ignore some of them on the grounds, as far as we could see, of being ambiguous and hardly able to be taken seriously.

Can you have confidence in the evidence of a person who keeps changing his or her testimony? In the same case, this lady again contradicts herself, this time in terms of the medical certificate she presents, which does not accord with the injuries she claims to have received.

In her testimony, the claimant says that after having been brutally hit, she was raped by the accused. The Prosecutor nevertheless did not take into account this important element in the case.

Prior to this matter, Angel and his ex-partner had been through another case where she accused him of having threatened her. In this case the defendant was found innocent.

The appearance of the teacher and school director of Santiesteban’s son, Eduardo Angel , was important. She testified that the child told her that his mother obliged him to say things against his father. This evidence was also disregarded by the Tribunal.

Obviously, these were not all the issues of fact: I have referred to only some of them – sufficient in my opinion to illustrate to those not well-versed in such matters, what is the meaning of REASONABLE DOUBT.