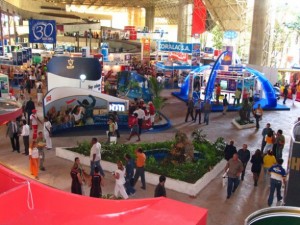 Havana, Cuba, November 2013 – www.cubanet.org.- Mr Rodrigo Malmierca, minister for external trade and foreign investment, said that in the 31st Havana International Fair (HIF), held from November 3 to 9, the participation of various foreign delegations shows that “our country is not alone and there is no economic blockade of worldwide power that is capable of changing our course”.

Does this mean that the Castro regime will stop requesting the end to the blockade or commercial, economic and financial embargo imposed on Cuba by the United States?

The embargo was imposed in October 1960 when Fidel Castro illegally occupied properties owned by North American citizens and companies.  In 1992 the embargo became law when Castro refused to take steps towards democratization or to show respect to the Universal Charter of Human Rights. 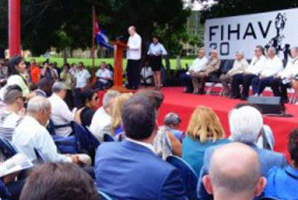 More than twenty years later, the Cuban military dictatorship continues to violate the world’s most respected citizen rights and further impoverishes the country.

On the streets many ask what purpose 31 fairs that look for countries to trade with Cuba have served if Cubans continue to live in poverty, subsisting on incomes much less than a dollar a day, the same as those who live in sub-Saharan Africa.

it isn’t understood why numerous Cuban companies received prizes and mentions for many of their products exhibited at the 2013 HIF while in Granma, the official newspaper of the Central Committee of the Cuban Communist Party, the poor quality of the country’s products and services are criticised almost daily.

If the 2013 HIF welcomed Russian millionaire businessman — there are more than 20 in the country including one woman, Mrs Yelena Baturina, wife of the mayor of Moscow — why isn’t anything known of the commercial agreements that were reached with them?

How can we forget February 22 of this year when Russian president Dimitri A. Medvedev, visiting the island, signed an agreement about the “adjustment of Cuban debt to the Russian Federation, for credit granted during the period of the defunct USSR?

How can we forget that days afterward on May 22, the president of the Russian Federation Council, Ms Valentina Matvienko, expressed to Granma “We are pleased to have found a solution for the readjustment of debt”. 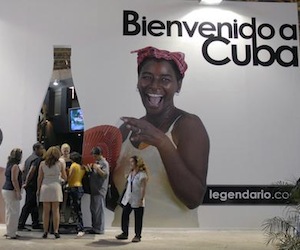 It is said that it refers to thirty billion dollars, an impressive figure.

How then will the insolvent and inefficient Cuban dictatorship be able to pay?  Why haven’t the technical aspects of the signed agreement signed by Ms Matvienko and the Cuban National Assembly “for a prompt ratification of debt and approval in the Russian parliament” been explained to the people?

Nothing is known. Only that the Russian business advisor in Cuba, Vadim Tiemnikov, visibly moved on television, thanked the Cuban authorities celebrating the 96th anniversary of the Great October Socialist Revolution, despite having dismantled socialism some twenty two years ago.

Despite the Havana International Fair of 2013, Cuba will continue to be a country weighed downed by marginalization, by the shortage of basic food products, with miserable salaries and fields infested with the invasive marabou weed, without a fishing industry or merchant navy, the livestock industry on its knees, the sugar industry in its worst state in history, an obsolete ration book system (Lenin’s idea) and a military dictatorship that asks the people to change their mentality although the people still doesn’t know how the hell they should change their mind.