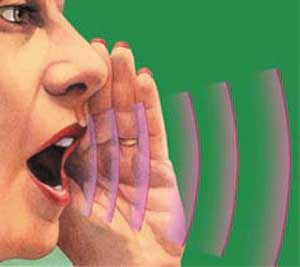 Cuba, the little island difficult to locate in the Caribbean Sea and the big booty in the new world order. Often I hear that it is under siege by the voracious appetite of the empire, its eternal enemy. Other big powers in the great Europe also lurk for prey.

A nice opening for a fiction novel.However, we Cubans feel we are at the center of the world, thanks to the eagerness of the socialist government for persecution. “The little besieged nation survives the attempts to dominate it.” Lyrical and melodramatic. In reality, we are the oldest of the Antilles, but not as important nor the most well-known among the citizens of the world.

It is there where the problem lies of those who decide to say, from within and faces uncovered, what they feel and think. How can we make ourselves heard in this world, inside a great act that is called the Socialist Revolution, when the media does not allow us to use new information technology. How can we show up the other side of the system and with angered eyes of repression?

It’s not a question of patriotism. It’s necessity. The human being is nothing without self-expression. Nevertheless, the problem remains.How can we make the world listen when we are surrounded by such obvious successes, free health care and education. Resonance is the only way we can make our voice heard.

Moving away from the methods, the positions, including the work of lobbying the diplomats and politicians, it is fair to recognize that in Europe and United States there are many people who help and multiply our voice, overcoming the differences in customs and languages. Also, its true that many times we don’t attach enough importance to or know how to appreciate the extent of this support.

On a personal level, I am thankful that they are where it is impossible for us to be, they help us get around the exit permit and conquer the borders of the Ministry of the Interior. Also I know that many of us hope for more. Some an aggressive Europe and other a less intransigent United States. Nevertheless, we ask for a little and nothing from ourselves.

That support achieves much more. It counteracts the loneliness when friends are afraid to share with you so that the State Security doesn’t place a mark on them. Only God knows how many times I asked myself, if what I do really is worthwhile. The attention of the outside world feels like a pat on the back, that keeps us from surrendering.

The interest and help from the outside world, in my opinion is an important factor in our struggle for freedom. It shows, as if we, ourselves, were the other side of the coin: the beatings that the Ladies in White received, the arbitrary detentions, the conditions of political prisoners, the persecution of news reporters, the death of Orlando Zapata Tamayo and most recently of Laura Pollán.

The part that touches me, I not only am thankful, I also admire those in the outside world who morally and materially support the Cuban dissidents. Especially so to those, knowing the risk, who come to Cuba and contact us.

I am not interested in the background if there is one, for me it is pure altruism. If another were in my situation I don’t know if I would be interested in those who endure repression in this world and, regretfully, there is no shortage. For that reason, I am extremely thankful to those in the outside world who make the voice of the Cuban dissidence resonate.