From Montenegro to Santiesteban 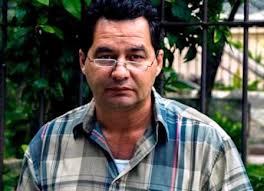 Guantanamo, Cuba, Apri, http://www.cubanet.org — Carlos Montenegro and Angel Santiesteban are not the only Cuban writers to have suffered the misfortune of incarceration; the latter twice.

At barely 19 years of age, Carlos Montenegro was condemned to 14 years and eight months in jail for the commission of a bloody act in which a person died.  He had the luck of meeting, in the prison’s Cashier’s Office, Jose Zacarias Tallet and establishing a friendship with him.  From that relationship it is affirmed that Montenegro’s literary vocation emerged.  There, too, he met Pablo de la Torriente Brau.

In 1928, after having published some of his texts in the magazines Social and Orto, with his story El Renuevo he won a literary prize organized by the magazine Carteles, a fact that generated a wave of sympathy for him and abundant solidarity for his situation.  Intellectuals of such stature as Emilio Roig de Leuchsenring and Zacarias Tallet himself joined with other prestigious writers and numerous journalists in asking Gerardo Machado to free the writer forged in the bowels of squalor and confinement.  But Machado refused.  Montenegro left jail at 31 years of age when the Machadato — the Machodo dictatorship — was fatally wounded.

Angel Santiesteban Prats was born in Havana in 1965.  In 1995 he won the “Luis Felipe Rodriguez” prize UNEAC awards in the story genre for his book South: latitude 13.  In 2001 he won the “Alejo Carpentier” story prize for The children nobody wanted, and in 2006 the “House of the Americas” prize for his book Blessed are those who mourn.

I do not know whether Santiesteban is responsible for the events for which he has been punished. Nor am I his friend. I write these lines from my condition as a simple member of UNEAC, because I do not think all the writers and intellectuals of this organization are in agreement that there is an ominous silence surrounding the event.

Outstanding figures of our culture, like Pedro Pablo Oliva and Pablo Milanes, who have been the objects of unconscionable attacks when they have dared to express opinions dissenting from the government and the national direction of UNEAC, have not spoken about it either.

The answer some months ago that the national direction of UNEAC offered to the tendentious accusations of a State Security agent against Reyna Maria Rodriguez and other Cuban intellectuals does not amount to a rule but the exception.  Once more the deplorable silence of a great part of Cuban intellectuals remains on the agenda, just like the paralyzing fear that impedes the exercise of values anywhere in the world they identify someone who works in favor of the culture.

If Santiesteban were responsible for the events — which according to what I have read on Cubanet happened four years ago — in the Cuban Penal Code there exists all the legal presumptions to prevent his imprisonment, substituting the sanction of imprisonment for another less rigorous, much more so when dealing with a prestigious intellectual, a person of good social and moral conduct, for an event whose incidence is insignificant within the framework of habitual violence that exists in the country and specifically in Havana.

We all know, including those who put together the file, that prosecutors who requested the sanction and the judges who ordered it — that Santiesteban is not “anti-social.” It is very difficult to admit that in our country it is justice when an intellectual is imprisoned, while those who sank the “13 de Marzo” tugboat and caused the deaths of innocent people, including children, continue to walk the streets with impunity.

Those who have imprisoned Santiesteban have done a disservice to the Cuban government, as if it had no more acute problems than adding another charge of this kind, because the international resonances begin to be felt very quickly. Rather than imprison him, these proxies should wonder why a man who emerged within what was once the revolution detaches himself from it, what are the causes of increased dissent and the stampede of our population to foreign countries, to social apathy, vulgarity and the loss of values in our society.

They should be consistent with the assumption that “Cuba is a Socialist State of workers, independent and sovereign, organized with all and for the good of all, as a unitary and democratic republic, for the enjoyment of political freedom, social justice, the individual and collective well-being and human solidarity,” as defined in Article 1 of the Constitution.

We all know that if Santiesteban did not have a blog to express himself freely, he would not have gone to prison for such a minor charge. From my humble condition as a man of culture, also discriminated against, I can only say that those in charge of asking for freedom for Santiesteban can put my name on any list to be drawn up for that purpose.

Hopefully this excess will soon be rectified. The Cuban government does not win anything with this error, nor does it need more enemies. Rather than continue this policy against dissent, it should open itself to dialogue in order to take out country, once and for all, on path of peace and understanding. Hopefully the government’s stubbornness will not make Cuba into another Syria.