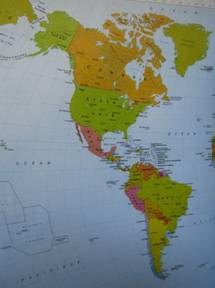 The media here spends its life talking about the number of foreign doctors who are trained in our country who then go on to serve the needy in their respective countries. That, of course, is not entirely true. I have known, here in my neighborhood, a ton of students from Ecuador, Venezuela, Bolivia, who rent apartments and who travel by car, using private services of course, almost always from the same people who rent housing to them. Some even host their families on vacation, or travel to spend time with their parents. All this implies a personal expense that makes one think about how much they need the scholarships they receive, awarded from here, which are supposed to be only for the poorest people in Latin American.

I know couples who rent together, I suppose to feel less alone, and also to divide the expenses. There are those who buy pets, almost always pedigree puppies, and who then take them home with them once they graduate here on our planet. At home they establish private practices, with financial support from their families, which they can afford because they saved money while enjoying the scholarship.

I even visited a couple of brothers once, whose parents have businesses in their home country, and they confessed to me that they managed to get the scholarship by joining a leftist party, with which they’d previously never had any association, because otherwise they could never hope to get it, and when they returned home they would break their ties with it, to avoid commitments and to establish themselves in the private sector.

All this is a lot to think about, as it implies taking away opportunities from those who are truly needy. But the fact that the scholarship is granted based on membership in a leftist party shows its political character.