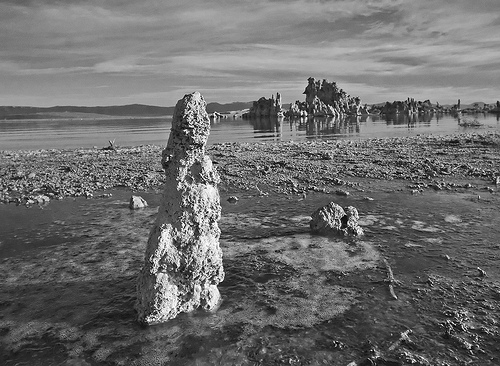 True to my iconoclastic anti-traditionalist spirit, I deliberately ignored a date: the first year of this blog. It happened last Saturday. On July 9, 2010, I inaugurated this space with Prologue to The Little Brother, which was more an avalanche than a prologue: it was the first handful of snow I launched to roll, convinced that in its trajectory it would get fat, increase in volume and scope without my having to know limits or consequences.

I, the despair of my loved ones for my apathy before the formalities, with my disinterest in anything that smacks of tradition, of a date marker, could not even celebrate the first year of existence of The Little Brother. I don’t like to celebrate the past: it feels to me like the fate of those who turned their heads to see what happened with Sodom and Gomorrah behind them.

However, I also had a reason to look away when this July 9th recalled that a year ago I hung the first post: I never would have wanted this blog to be born.

This blog was not of spontaneity: it was born of necessity. This blog is not a hobby chosen by someone who doesn’t like philately or collecting old tickets. This blog was the desperate scream from someone whose throat would have exploded if he hadn’t found a safety valve. It was, yes, the catalyst for an intellectual adrenaline that would end up destabilizing me, affecting me, turn me against myself, if I didn’t find spaces to be.

And so I began to write The Little Brother. A name, I thought, for a page, as a concept, not to refer to me, but following the usage of any creation that took the unforeseen road: for dozens of people, known and unknown, work colleagues, distant friends, I lost my Ernesto Morales and was re-baptized as The Little Brother.

Perhaps what I remember most about those first day when I knew that I had just given birth to “something” on the Internet, was the riotous in which the effort grabbed me: freneticly, like a revelation that didn’t feel the keys under my fingers, and the need to publish something new every two days to try to overcome the boredom of twenty-five years, and too much accumulated frustration. To overcome, also, the impossibility of finding where to post my writings in a country that suddenly felt hostile to me.

When I lost my job for insubordination in the national press, I lost not only an empty livelihood of 12 dollars a month: I began to lose, also, the artistic-intellectual spectrum to which I belonged during my first 18 years of life.

Henceforth, to invite Ernesto Morales to readings of narrative, of timeless stories, of pure fiction: to invite an ousted apprentice writer and journalist who would read his texts in public — even though he hadn’t received some award! — became a dangerous undertaking for my friends of the guild, who had to fight like lions faithful to the friendship, to not expel me from their circles.

The extreme: “Godless Pilgrims,” my volume of stories that won a national context whose prize included the publication of the book, was suspiciously withdrawn from the publishing plan once my condition as a “disaffected” came to hand in another Scarlet Letter: I was leaving the country.

The rest, the other rest, the long time readers of this blog know: intimidation, blackmail, indecent proposals of my Visa in exchange for my silence, stunning photo-montages to create an image of me as a pimp and sexual corrupter.

After the exile, the horrendous exile that is always an exercise in humility: an exile that deflates you, that ignores your schooling and makes you start from zero. With a forces and hard humility.

And meanwhile, this blog. An article ever three, four, or six days. A return to the keyboard that is like a consecration of an inner freedom, untouchable:my posts here carry the sinful halo of irreverence, which admits no censors nor limits. The Little Brother losing followers, gaining others, holding onto a handful of faithful readers with their hopes of always finding something new, giving form to the almost two thousand daily hits on this blog.

The day I send everything flying, and dedicate myself solely to doing what I really want with my years: to live, and to write literature — a touch of journalism wouldn’t be bad, but just that a touch — this blog will be lying in wait for me and will continue to catch me. Even when I’m freed of my journalist’s skin, known to be temporary, and when my irremediable writer self finds the modern patron disposed to put his fortune into my career: “devote yourself solely to writing and don’t worry about a thing.” (Now, my sarcastic ingenuous smile.)

The day I send everything flying. I will not be able to do without this blog. I have the bizarre certainty that I am too much it, it is too much me. The Little Brother, like William Wilson in the story by Poe, has not only erased my name and supplanted my identity: I think it has, dangerously, been turned into my essence and life philosophy, altering everything around me.

In the end, I’m obliged, at this moment, to look back, to look at its first year of life, when I have always know I shouldn’t. It wouldn’t surprise me if right now I was turned into a statue of salt.