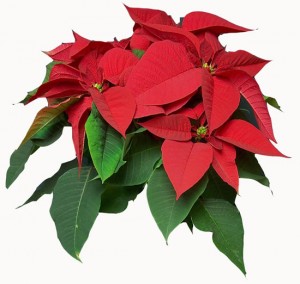 Until 1998 Christmas celebrations in Cuban were not looked on kindly by the top leadership in olive green. Starting in 1979 Fidel Castro slashed the tradition, claiming that the sugar cane harvest and work were more important than celebrating Christmas Eve and having a holiday on December 25.

The essence of the regime is that your life belongs to the State. Only the government is charged with rewarding or punishing its citizens. God, Santa Claus, Father Christmas and the Three Kings can’t be more important than a bearded one born in a far-off farm in eastern Cuba.

We had to celebrate — and we still celebrate — the triumph of the Revolution. The playing of salsa, timba or reggaeton, orchestras and groups, usually happens on December 31st and January 1st in every city in the country. At midnight on the 31st while people celebrate and wish each other the best for the coming year, the TV channels join together to show a “Revolutionary ad,” where to the beat of patriotic songs they show images of Fidel Castro surrounded by children.

It was from the visit to Cuba of Pope John Paul II in January of 1998, when out of deference, the tropical autocracy again allowed a national holiday on December 25. Despite living in an economy on the edge, with rationing, combative marches, and preparing ourselves for a supposed war against the Yankees, many families maintain the tradition and spirit of Christmas.

The little trees are put in places in the house away from the windows, so their shiny garlands won’t betray them to the intransigent ideological Talibans of the neighborhood. But the smell of roast pork alerts the people on block watch to write reports and snitch on their neighbors.

At that stage, the only people allowed to celebrate Christmas were the ’sacrificed leaders’. At that time, Fidel Castro gave his relatives baskets with candies, nuts, hazelnuts, wine and cider.

In 2012, the purchases will reflect the financial differences between Cubans. On the tables of those with bulging wallets, beside the usual white rice, black beans, salad and yuca con mojo, there will be trays with pork, turkey and shrimp. For dessert, sweet Spanish nougat. You will be served drinks at your pleasure. And their trees are big and filled with ornaments and lights.

Most, those who spend the whole year squeezing their pesos to make it to the end of the month, can barely buy a piece of port and a few pounds of beans and roots in the farmers market. Beer is only for women, one or two each. The men drink cheap rum, at 60 Cuban pesos a bottle at a State store. And if they have a little tree, it’s the cheapest one sold at the mall.

There are families who think the future is a dirty word and whose children just want to leave their homeland. Just don’t lose the illusion: perhaps next year something good will happen. Hope, as the saying goes, is the last thing you lose.

To all readers of the blog Desde La Habana I want to wish you happy holidays with your family and friends. And may 2012 be a better year, for you and for your countries.

Photo: In the last five decades many things have changed in Cuba, but if something has stayed the same it is the time of the year when the poinsettia blooms, considered the Christmas star in many countries.