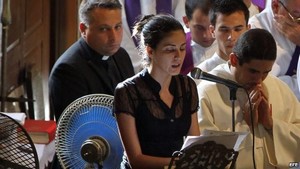 Some people in Cuba are already placing bets. Everyone knows that within five to ten years power could change hands. The unknowns are whether the successor will have the last name of Castro, and if the inefficient political and economic system will be preserved.

Raúl Castro crafted a law limiting time in political office to two five-year terms. If he were to apply this to himself, he would have to retire from national politics in 2016. If one assumes his official rise to power occurred in 2008, then his retirement would begin in 2018.

But autocrats often do not abide by their decrees. Rules are for others, not for themselves. And many on the island believe that as long he is of sound mind and enjoys good health the general will continue to rule the nation.

Cubans like to prognosticate. And to bet. The underground lottery is a popular pastime. For example, baseball fans are making predictions about the World Classic in 2013. On questions of politics, however, they are cowardly. Fidel Castro always considered it a crime to be politically ambitious, and his subordinates were always careful about saying anything that might be construed as a declaration of a future possible presidential candidacy.

More than a few heads have rolled for coveting the throne.Roberto Robaina, a former foreign minister, has become the owner of a successful private restaurant. Others, such as Felipe Pérez Roque y Carlos Lage, fell from grace and are now two obscure, low-level bureaucrats. In the last Communist Party Congress, the younger Castro warned of the dearth of young politicians and functionaries, and stated that, in the future, no president would be able to rule for more than a decade.

An eighteen-person survey a group of well-informed people, who have access to the Internet and illegal cable antennae, believe that, if the nation continues on its present course, Raúl himself will handpick the next president.

Who might be the successors? Seven believe it will be Alejandro Castro, coordinator of the secret services. He is young and has the Castro name, which would allow for the continuation of the family dynasty. Four believe the next president will be someone from Raúl’s old guard and point to Leopoldo Cintras Frías, minister of the armed forces.

Two of those surveyed think that, in a Cuba of the future, a military junta will rule. Five believe that Mariela Castro, Lázaro Expósito, Marino Murillo, Luis Alberto López-Callejas or Miguel Díaz Canel might be president given their family ties or political affinities with Raúl Castro.

What would the political landscape look like? Those surveyed could not even imagine, but speculated a bit and wagered some guesses. Nine felt that, if Fidel Castro were no longer alive, the successor would opt for a market economy and a strong government run by a committee with the presidency rotating among its members.

They could craft a country with a democratic veneer like Russia. If the United States negotiates, dialogs with and accepts whoever might be Castro’s successor—shielding itself from security concerns over illegal immigration, terrorism and drug trafficking—it might prefer an authoritarian government. It would not be overly concerned if such a government discreetly violated individual freedoms, provided it controlled its borders. This would be preferable to a weak or corrupt democracy, which might turn the island into a giant raft or a fertile ground for international narco-trafficking.

They also believe that Castro’s successor would seek a relationship with Washington that casts aside the Cold War diplomacy crafted by Fidel Castro. Several of those interviewed felt that the United States would not tolerate a “Castro light”government and would continue to press for real democracy with the participation of all the political actors.

If it came to pass, which opposition politicians or dissident leaders could govern the country the day after the Castros? Those surveyed felt that, given the level of repression and lack of leadership, no one figure stood out at the moment.

Some believe that Oswaldo Payá Sardiñas would have been a good candidate, but after his unexpected death, they now favor Oscar Elías Biscet. Others mention Manuel Cuesta Morúa because he has more experience and a longer resumé than Eliécer Ávila or Antonio Rodriles.

Although unknown by the general public, the blogger Yoani Sánchez was mentioned by one person as a possible candidate. However, in an extensive interview I did with Yoani, published in two parts—the first in February, the second in September—she indicated she was neither an opposition figure nor a dissident, and did not see herself in a political role. She rejected it because she finds politics repulsive.

All eighteen of those surveyed think the opposition should focus its work on the community and developing a viable, inclusive and coherent political platform. They feel the future president of Cuba need not necessarily be an opposition figure or someone tied to the current regime. He or she could be an ordinary citizen, now walking among us, who, at a given moment, could become a leading figure. Or a Cuban exile with good political connections in the United States and to the financial world. Someone brought up in a democratic and transparent environment. Whichever version Cuba becomes after Castro, all agree that the role Cuban exiles play will be fundamental.

Personally, I am leaning towards a woman, provided it is not Mariela Castro or Aleida Guevara, who are too closely tied to the Castros. Cuba is in need of the female soul. I would not mind if it were Miriam Celaya, Laritza Diversent or Rosa María Payá. I am quite fed up with all the chest thumping. There’s been enough testosterone.