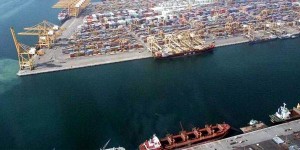 HAVANA, Cuba, October, www.cubanet.org — Raul Castro has repeated constantly that errors are the greatest enemy of the Revolution, those that have been committed and new ones that may be committed.  Nevertheless, he does not speak of the political changes necessary for correcting those errors, since the so-called reforms are not enough, particularly because of how slowly they advance.

Such “reforms” have been good only for the discourse abroad, but within the country they have negative results, from the social and economic point of view. Income inequalities are more noticeable, and today begging is significantly increased.  The small role they have given to the private sector does nothing to confront the grave crisis.

Economic reforms require political changes.  And although modifying the Constitution of the Republic has been spoken of superficially, the fact that the communist party is the superior directing force of society and the State perpetuates the lack of liberties, installing the government as all-powerful so that it does not worry about the people’s problems.

Although the regime maintains a policy of centralization of the means of production, it could think about speeding up some services.  Nevertheless, we are already seeing symptoms of the Nicaraguan style of “piñata.”  And as is natural, the beneficiaries are the high officials of the army and of the ministry of the interior.  The possibility of creating non-agricultural cooperatives is accompanied by this characteristic syndrome of regimes in decline.

Those who think that the current situation will end with solutions like the Mariel Special Development Zone are wrong. Modifying or updating the economic model is talked about, but you cannot modify something that does not exist.  If they tried to copy what is permitted in China and Vietnam, they fell short, and the legislation is very far below what should have been allowed. 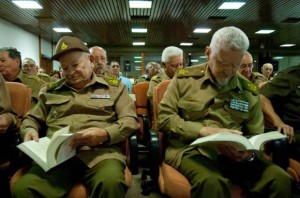 The Legal Decree that establishes the Special Development Zone shows that the regime knows that a profound change towards a market economy is necessary. Among the objectives it pursues are attracting foreign investment and creating a logistical system that permits high levels of efficiency in the import, export and distribution processes.  Both areas behave inefficiently within the Cuban economy.

They may keep taking mediocre measures (including those who propose that they legalize lottery gambling, as in the early years when the National Institute of Saving and Housing existed and one could buy lottery bonds), but that will only contribute to delaying the true change by some years.  Sooner rather than later, the situation of increasing poverty, the enrichment of a few, and the “piñata” that now is distributed among those at the top, will defeat the worn out “construction of socialism.”

A good recommendation would be to stop the suffering of the people and affect true political, economic and social reform.  As a first step, they should free the political prisoners and stop the harassment and beatings of dissidents, while leaving aside the false discourse that calls for strengthening national unity around the Party and the Revolution, because without doubt the regime knows that, although they continue prohibiting it, in Cuba there now exists broad ideological diversity.